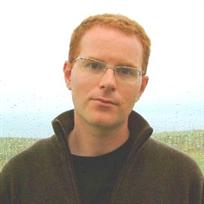 As his modern classic The Weir receives its first major UK revival at London’s Donmar Warehouse, playwright Conor McPherson reflects on the creative process, and how hard it all seems to explain.

The best plays come in a flash. An image, a feeling, and that’s it. You know these ideas because they are the undeniable ones that won’t let go. They pull you in and compel you to start scribbling notes. If you are a playwright and you have one of these on the go, you know you have a responsibility. To what? Something that doesn’t exist? But the good ideas feel like they do exist. They’re just beyond view, and you’re trying to capture them with glimpses that may or may not be accurate.

So many things can go wrong along the way between the vision and its presentation on stage – missed beats in the writing (or too many beats), the wrong cast, wrong director, wrong theatre or just the wrong time. Any and all of these may consign your hard work to the ‘Who Cares?’ file. And you know you are playing Russian roulette – it all comes down to those couple of hours on opening night. But you keep the faith and you pull the trigger. What else can you do?

The Weir is now on at the Donmar Warehouse, London

You start scribbling. Worry, issues of control, and even, ironically, a sense of longing to be free of the process, all propel you to write your first draft. Subsequent drafts can never quite fix all the problems, yet neither can they prompt the same exhilaration. Many playwrights I’ve talked with agree that the best moments are often those tentative notes when the ghosts first present themselves in your mind. They are so insubstantial, yet bear their complete mysterious history within. This is when playwriting is at its most private and, paradoxically, when the play is at its most beautiful. The more real you make it, the less magic it retains. You are aware of this but what can you do? You keep going. Always writing at the very edge of your limitations. And your limitations are not necessarily a bad thing. Your limitations are in fact what give you your unique voice. But it’s hard to view your limitations in a warm light when you’ve just read over your work and it makes you embarrassed.

The truth is nobody really knows how to write a good play. You just do your best to avoid writing a bad one. The rest falls to fate. Joe Penhall once said to me, ‘Who knows if the magic is there and – even if it is – will the bastards see it?’, which I think sums up the car crash of hope, despair and paranoia that accompanies artistic creation.

And the enemy of art is not the pram in the hallway, it is self-consciousness. When you are young you know nothing, least of all yourself. You write plays quickly, perhaps in a matter of days. As you grow older – and if you’ve managed to survive some decades of playwriting – you may gain a little wisdom. But you lose your recklessness. Why? Because, like the ageing stuntman, you know exactly what’s at stake each time you do it. Further, you are no longer new. Everyone knows what you can do and they have certain expectations. So you go the long way round, trying to surprise everyone. But going the long way round kills spontaneity.

And what’s wrong with that? Well, Neil Young’s late producer, David Briggs, said that the best way to record music is the simplest way. You get the mic as close to the sound as you possibly can and just record it as it is. ‘The more you think, the more you stink’ was his mantra. Neil Young’s albums are full of first takes – often the very first time the band have ever played the song – because that’s where the magic is. Neil Young calls it, ‘the spook’. In other words, you’ve got to be careful not to perfect what you are doing to the extent it has no soul left. Perfect is not best. Okay, so he’s talking about rock ’n’ roll, but there’s something in that for playwriting too.

So if there’s anything I can see that’s worth passing on, it’s this: it’s as important to forget what you’ve learned as it is to learn.

This piece is an extract from the Foreword to Conor McPherson Plays: Three, a new collection covering a decade of playwriting, which is available now. It includes acclaimed plays such as The Seafarer as well as two previously unpublished works: The Birds and The Dance of Death. To order your copy at a special 25% discount – no voucher code required – just click here.

The Weir is playing at the Donmar Warehouse, London until 8 June (a tie-in edition is available here). It will be followed by a new Conor McPherson play, The Night Alive, which will also be published by Nick Hern Books.

One thought on “Conor McPherson: A flash, an image, a feeling – the mysterious art of playwriting”