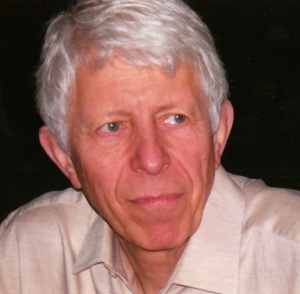 In his role as ‘Master of the Words’ at Shakespeare’s Globe, it is Giles Block’s job to help both actors and audiences fully understand and enjoy Shakespeare’s words. As his new book Speaking the Speech is published, Giles reflects on how he came to work with the language, and how ‘trusting the detail’ can enable greater insight.

Today, before I sat down to write this, I was working at the Globe Theatre with actors from the cast of our upcoming production of A Midsummer Night’s Dream. So lines from that play are very much in my mind. At one point Bottom, cast as Pyramus in the play within the play, hearing his love Thisbe talking on the other side of the wall, says:

I see a voice; now will I to the chink,
To spy and I can hear my Thisbe’s face.

These lines, on the face of it, are ridiculous: has Bottom just got his words muddled up?

How can you see a voice?

But then, thinking about Bottom’s ‘I see a voice’ I said to myself, that’s exactly what we should all be able to do when we are looking at Shakespeare’s texts on the page.

In Speaking the Speech, one of my aims is to show how by learning to follow the way Shakespeare’s texts are composed – whether the lines are written in verse, or prose; whether the verse is rhymed or unrhymed; whether the phrases of which his verse speeches are composed, are contained within the run of his lines, or tumble over from one line into the next – it is possible to begin to ‘hear’ the voices of the characters, coming off the page towards you, as you scan Shakespeare’s lines with your eyes.  That is, if you know what clues to be looking out for.

I believe that it is by observing the ‘form’ that Shakespeare’s writings are cast in, that you will discover creative freedom.

I’ve been at the Globe since 1999. My role there is to try and make the text sound clear, and expressive, and be delivered as spontaneously as possible.  My ultimate aim is that audiences should come out at the end of the performances and say – ‘It was so clear, I understood every moment… but you’ve modernised it, haven’t you?’ – and I shall be able to reply, ‘No, that’s just as Shakespeare wrote it.’

I never thought that I would ever write a book. From my school days onwards I knew, vaguely, that Shakespeare was important to me. It was fun to be appearing in his plays, both while I was at school and at university; and the fun continued once I became a professional actor. Ten years later, it became an even more engaging experience, once I had become a director, and began directing some of his plays as well. Much, much later, when I heard that Sam Wanamaker was planning to build a replica of Shakespeare’s Globe Theatre in London, I thought, ‘how much I‘d like to be a part of that’…

‘Giles deepened my love for Shakespeare and for the way we all speak. I trust you will have a similar experience reading his book.’
– Mark Rylance, from his Foreword

Each year I work at the Globe with probably about an hundred actors – including, for my first seven years there, Mark Rylance, who kindly wrote the Foreword to this book. But I also work with probably a couple of hundred students each year, and I know there are so many more actors and students I’d like to reach out to. I realise now that this book, which I never thought I’d write, may well enable me to do that.

Who is this book for?

While clearly I’d like young and aspiring actors to be drawn to it, it’s written with actors of all ages in mind: all those who are still curious and young in spirit (as actors as a group tend to be). But as Shakespeare touches so many more than those who are simply part of the theatrical community, it’s also for those interested in reading more about Shakespeare, the development of his writing, and his working methods.

Everything I say in the book is about ‘getting back to Shakespeare’ – trusting him, seeing exactly what he writes, and how he writes it. The greatness of his plays lies in the detail, and in the detail lies the richness and the contradictions of the array of characters he has created for us to play, and to be entertained by.

Bottom’s ‘I see a voice’ isn’t simply an anomalous one-off. It reminds me of other lines Shakespeare wrote including these closing lines from his 23rd sonnet:

‘Seeing’ voices, or ‘hearing’ with your eyes, may be an important step in speaking the speech with conviction.

Nick Hern Books is thrilled to publish Speaking the Speech: An Actor’s Guide to Shakespeare. To order your copy at a special 25% discount, click here – no voucher code required.