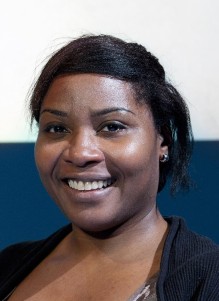 Janice Okoh’s Three Birds – her startling and darkly comic play that won the 2011 Bruntwood Prize for Playwriting – premieres at the Royal Exchange Theatre, Manchester later this month. In this piece, the playwright talks about how the script has continued to evolve throughout pre-production, and the importance of the relationship between collaborators.

When I sent Three Birds in to the competition, I was on my third draft. Although I was happy with it, I felt that it was still far from whole. What’s attractive about the Bruntwood Prize is the fact that it offers a year developing the winning plays, so it was really exciting when I actually won one of the prizes.

I met Suzanne Bell, my dramaturg, and Sarah Frankcom, the director, several times over the year and each time we discussed how we should go about improving the play. We decided that I needed to write an additional scene in order to develop one of my characters, work out a suitable time frame for the play and bring some of the drama that happened offstage on. Suzanne and Sarah also encouraged me to experiment and ‘go bonkers’ with the play so a lot of my drafting involved taking things out in one draft only to find that I would put them back into a later draft or conversely binning stuff that took the play in a completely different direction. 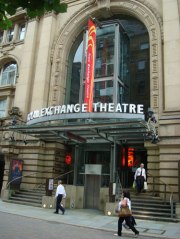 I really enjoyed the process. Sarah and Suzanne were able to climb right inside my head and voice the thoughts that I would be thinking. It really felt like they got the play. However, it was still really hard work trying to make sure everything fitted together in order to create something I was happy with and, ultimately, proud of. But it’s been wonderful having a dramaturg and director working hard at making the process work for me. They organised a reading when I wanted one, moved deadlines to accommodate my other writing commitments, and, most importantly, reassured me when I voiced my fears at the thought of Three Birds going into production before it was ready. But the thing is, and I guess a lot of writers would concur, I don’t think my play will ever be ready and, as I prepare to send Three Birds to the publishers Nick Hern Books, I’m tweaking and adjusting, always trying to make it just that bit better. But there has to be a cut-off point which is probably when the actors need to start learning their lines!

Three Birds premieres at the Royal Exchange Theatre, Manchester from 27 February, before transferring to the Bush Theatre, London in March. For more information, and to book tickets, click here.

The 2013 Bruntwood Prize for Playwriting is now open. To help you get inspired for your own entry, we’re offering free UK P&P on all NHB-published, Bruntwood Prize-winning plays – including Three Birds – bought through our website, on top of our standard 25% anniversary discount. Just enter the code BRUNT13 at checkout. The offer is valid until 3 June. For more information, including details of the plays included, click here.

[This piece has been reproduced from the Bruntwood Prize for Playwriting blog, published on their website. Many thanks to all at the Prize for their kind permission.]