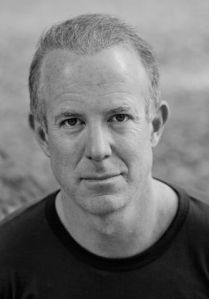 Ian Kelly wrote an award-winning biography of the once-notorious eighteenth-century comedian, Samuel Foote. Now he’s acting in his own stage version of the story alongside Simon Russell Beale in a sold-out production directed by Richard Eyre. Here he explains why his one-legged protagonist, who rose to fame and celebrity only to be toppled in a sensational trial, was such a compelling figure to his contemporaries, and is so clearly recognisable in our own era of troubled celebrities.

Samuel Foote holds an intriguing place in our collective history, not just the theatre’s. Why should a man once famous enough to be represented by a simple icon – a foot – be forgotten now? It’s a question that both my original book and the play seek to explain. A coiner of comedies for one-legged actors and the original celebrity-impressionist, Foote must take some of the responsibility for his own obscurity. Added to this, Foote’s famous name became a whispered one in the immediate aftermath of the trial for buggery that ended his career. Neither, it should be said, are his plays very stageworthy any more. His thirty-odd comedy ‘afterpieces’ relied heavily on topical jokes and the inwit of a celebrity-impressionist, and only a few remained popular into the nineteenth century. If his ribaldry sings out still in the names of his creations – Sir Archy McSarcasm, the priapic Harry Humper or one-legged Sir Luke Limp – their lines, regrettably, now ring hollow. To me anyway. There are many real Foote lines in the play, but they are generally not from his plays.

The play, like the book, is instead an attempted exploration of mid-eighteenth-century London’s fascination with the theatre, viewed from the unique vantage point of a troubled, one-legged master of ceremonies, a man of breathtakingly catholic experience and larrikin wit; a tale told by an actor. How Samuel Foote lost his leg and thereby gained a royal licence for a theatre – one of only three such Theatres Royal in the whole history of the London stage – is one subject of the play. How a man of such singular anatomy could be at the centre of one of the most sensational buggery trials in British history – a subject of hilarious conjecture at the time, wiping the American Declaration of Independence off the London papers for many months – turns out to be a story less of perplexing balance than of shocking brutality and prejudice.

But it is also the story of a comic, and the play even more than the book seeks to reflect that, and pay tribute to Foote with the sound he most favoured in his theatre, that of laughter. Foote’s story has, of course, some resonance with the scandal that ended Oscar Wilde’s career: his fame, personality and tragic trajectory illuminating uncomfortable truths about his era, and his posthumous allure inextricably linked to his downfall. But it is the question of why Londoners should turn their attention to scandal, celebrity and laughter through 1776, when they might have paid closer attention to events in America, that also fascinates, as well as forging both backdrop and cacophonous noises-off to Foote’s tragicomedy. Appropriately enough then this is the story also of the man who seemingly coined the phrase ‘Tea Party’ – a rallying cry at Boston harbour in 1773 – though Foote used it as an irreverent circumvention of the London censors: he sold tickets for tea, and added a scurrilous satire on the side. So now, finally, he is having the last laugh, as the unexpected godfather of an American reactionary movement, which, given his other reputation as sexual deviant and reckless transvestite satirist, would surely give him cause to smirk.

From his Westminster grave, Foote may or may not relish his reputation as a sort of gay martyr. Only here and there, in his attacks on Methodism, nabobs and the medical establishment, did his comedy pack political punch, and it would be wildly anachronistic to have him enunciate a fully modern understanding of sexual tolerance or (trans) gender politics. And yet his triumphs, though personal, are not without their political significance. Whatever the odds stacked against him, and there were many even before the amputation and its effect upon his mental health, Foote turned things to his own account and to comedy. His daring, his refusal to bow to convention and to domestic or artistic safety, make him still commanding of our attention.

More than this, both book and play represent an exploration of Samuel Foote the ‘celebrity’ in an age and in a city where the idea, it is argued, originates. Spectators in Georgian London became enchanted with performers: Peg Woffington and Kitty Clive, Garrick and Foote, all of them painted by the new celebrity portraitists and all of them beginning to manipulate anecdotes about their private lives that helped create an aura of availability, not just sexual, allowing audience and readership a fantastical journey into imagined lives. Samuel Foote launched himself with a tale of horrific murder from the unique position of a family member [he wrote and published a sensational account of the murder of one of his uncles, baronet Sir John Dineley Goodere, 2nd Baronet, by another uncle, Captain Samuel Goodere]. People thought they knew him because they knew of him, even before they saw him on stage.

The loss of his leg, and the projection therefore of a despoiled masculinity, as a limping icon of pain and accident – two key ingredients in comedy – made him all the more fascinating as a star, caught, as it were, in the act of falling. Finally there was the scandal-palled demise, when, for reasons possibly related to his mental health, he pushed too hard against the establishment, or picked, in Elizabeth Chudleigh and ‘Roger’ Sangster, the wrong foes, and became an object of widespread opprobrium and, for some, ‘the opposite of a man’. If anything is instantly recognisable in the story of Sam Foote, it is the creation of the modern trope of the celebrity destroyed, the star trammeled in the mud, who then, ideally, has some comeback either in life, or after death – though Foote, of course, did not. For some, the attacks upon a famous actor, with charges of homosexuality and of sexual assault, make Foote a sort of martyr irrespective of the veracity of either ‘charge’. For us still, in thrall to the evolving culture of the famous, he is uniquely placed in the tragicomic business of stardom and at its birth: a body of evidence, in and of himself, that we are as drawn to the pain of celebrity as to its glister.

Extracted from the Introduction to the published playscript of Mr Foote’s Other Leg, £9.99 paperback, available now from Nick Hern Books for just £7.99 plus postage and packing.

Mr Foote’s Other Leg is in production at Hampstead Theatre until 17 October.