As part of our celebration of American drama this month, we’re taking a look at five new titles from our US partners, Theatre Communications Group, all of which are now available direct from Nick Hern Books.

They include a Pulitzer Prize-winning musical, a dark new comedy from the revered author of August: Osage County, a life of Gloria Steinem, a gloriously personal take on the US Constitution, and a collection of plays by one of American theatre’s greatest innovators… 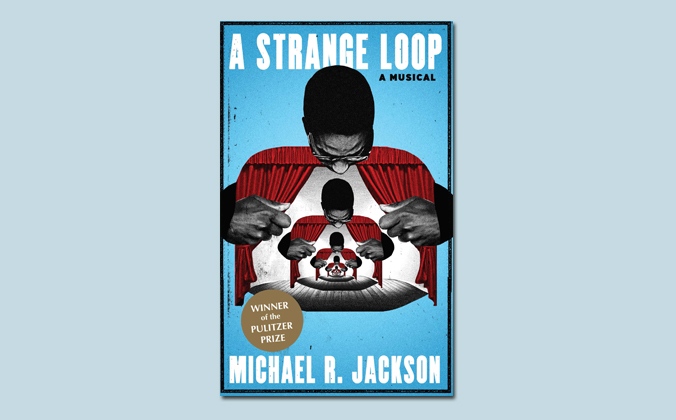 Winner of the 2020 Pulitzer Prize for Drama, Michael R. Jackson‘s blistering musical follows a young artist at war with a host of demons – not least of which are the punishing thoughts in his own head – in an attempt to understand his own strange loop.

‘An exhilarating cocktail of hilarious lyrical complexity… Michael R. Jackson is a musical talent with deep wells of invention’ Time Out New York

From the Pulitzer-winning author of Killer Joe and August: Osage County, Linda Vista is a scorching new play about the ultimate midlife crisis.

Fifty-year-old Wheeler is moving into his own apartment after a nasty divorce. There’s nothing so bewildering as the search for self-identity once you’ve already grown up.

Gloria: A Life by Emily Mann

Five decades after Gloria Steinem began raising her voice for equality and championing the voices of others, she remains a leader of the American feminist movement.

Emily Mann‘s play traces the life of the American feminist icon, from her undercover Playboy Bunny exposé in the 1960s, through her founding of Ms. Magazine in the 1970s, to her activism in today’s women’s movement.

What the Constitution Means to Me by Heidi Schreck

A finalist for the 2019 Pulitzer Prize for Drama, Heidi Schreck‘s very personal play looks at the way the US Constitution is inextricably linked with personal life.

When she was fifteen years old, Schreck started travelling the country, taking part in constitutional debates to earn money for her college tuition. Decades later, in What the Constitution Means to Me, she traces the effect that the Constitution has had on four generations of women in her family.

‘A wildfire! Something every citizen must see. Heidi Schreck’s play has tears on its cheeks and the torch of liberty in its fist’ Time Out New York

In her first new work in over a decade, He Brought Her Heart Back in a Box, Adrienne Kennedy traces the story of an interracial love affair in the 1940s, doomed by the devastating effects of segregation.

Also included in the volume are the plays Etta and Ella on the Upper West Side and Mom, How Did You Meet the Beatles?

We’re proud to distribute these and dozens of other titles by our American partners, Theatre Communications Group. See our full range of TCG publications here.