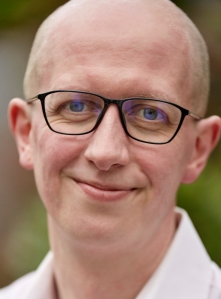 PIERS TORDAY, writer of the acclaimed Last Wild series of children’s novels, has adapted Dickens’ A Christmas Carol for Wilton’s Music Hall. Here, he explains why his version, Christmas Carol: A Fairy Tale, reimagines the familiar story, placing Ebenezer’s sister Fan at the heart of the action…

When Charles Dickens published his ‘little Christmas book’ in 1843, it took just six weeks for the first adaptation to reach the stage. It played in London for more than forty nights before transferring to New York. In the year of publication alone, there were nine separate theatrical adaptations, including the first-ever musical version. Dickens himself was famous for his own public readings of the story, giving over 127 such recitals in England and America. And the process of retelling has continued for 176 years. From stage to screen, cartoon to musical, from the RSC to the Muppets, there are nearly thirty published adaptations of A Christmas Carol, and dozens more are written every Christmas. There was even a mime version by Marcel Marceau in 1973.

So why another? Well, whilst the tale has been retold for puppets and toys, and Scrooge performed by men young and old, the central role has remained resolutely masculine. What happens when we re-examine this classic fairy tale from a woman’s perspective, and reimagine the complex central character? And why?

The book is, at heart, a story about injustice. Dickens was horrified by the desperate destitution, especially in children, that he witnessed on his many legendary walks through industrial London. He initially drafted a political pamphlet in reply to an 1843 parliamentary report on working-class child poverty. But the Carol made his point more plangently.

Yet he was also no saint. It is perhaps telling that Catherine, his long-suffering wife (who was also a writer), titled her sole publication What Shall We Have for Dinner? She endured twelve pregnancies, bearing him ten children. These took their toll on her body, about which Dickens was privately offensive, and on her mind. Catherine was afflicted by what appears to have been severe post-natal depression, and Dickens responded by first taking up with a young actress, Ellen Ternan, then trying to persuade a doctor that his wife was insane, and should be put away in an asylum so he could continue his philandering unhindered.

Charles Dickens’s daughter Katey said that her father never understood women, and some of his excessively sentimentalised young female characters, like Little Nell in the Old Curiosity Shop, or the long parade of unattractive or damaged older women, such as Miss Havisham in Great Expectations, do not offer a very compelling counterargument to this analysis. But he was also a product of his age, a time of unstinting male power that frequently marginalised the voices of the poor, the indebted, the weak, the vulnerable – and women of all classes. Christmas Carol is set in an intensely patriarchal society. The most powerful member of it, Queen Victoria, may have been a woman, but she also thought her own sex ‘poor and feeble’, and called for suffragists to be whipped. Her female subjects were expected to put ‘home and hearth’ before all else (often including any education and professional advancement). When she married, the rights of a woman were legally given to her husband. He took control of her property, earnings and money. If he wished to spend her money on his business or his debts, he did not require her consent. In exchange for this, she took his name. And until the 1857 Matrimonial Causes Act, divorce allowing remarriage was only possible by the passage of a private act through the Houses of Parliament.

Early nineteenth-century daughters, like the Fan Scrooge that Dickens imagines, were meant to get in line behind their brothers, like Ebenezer. In Dickens’s version, Fan dies early, leaving Ebenezer distraught.

But what if it had been the other way around? What if Fan Scrooge had tried to make her way in a man’s world of power and profit? What would have happened to Fan then?

Dickens wrote this enduring and uplifting story to try to heal the divisions of his own age. He yearned to create ‘a better common understanding among those whose interests are identical and who depend upon each other’. He wanted, in other words, to bring all people together, at a precious time of year, united in a love of the common good. And so do we. Merry Christmas, and God bless us, every one.

From the Nick Hern Books Peforming Rights Manager: Piers Torday’s version of A Christmas Carol is a particularly wonderful offering for amateur theatre companies. By putting a woman centre-stage as Scrooge, and swapping the nephew for a niece, he creates two central roles to be played by women. And it’s not just a matter of cross-gender casting – we’re talking about rich and varied female characters who can (in this version) only be played by women. It sticks closely to the spirit of the original, while questioning the historical treatment of women and children (and even animals). I went to see it with an 11 year old, who thought it was brilliant too, and remarked, ‘It’s really clever that Fanny Scrooge actually exists in the original’.

The first production had a cast of 5 women and 3 men, but this can be extended to a very large cast, and one that is weighted towards female performers.

So, if you’re after a fresh take on Dickens, one that celebrates the spirit of Christmas and remints the familiar story so that it speaks directly to us now, this is for you!

Christmas Carol: A Fairy Tale by Piers Torday is out now, published by Nick Hern Books.

Unprecedented, extraordinary, difficult, relentless, seemingly unending… however you choose to describe it, one thing’s for sure: thanks to the coronavirus pandemic, 2020 has been one hell of a year. For a theatre publisher like Nick Hern Books, nine months with a shuttered arts industry has been a challenge that’s forced us to adapt and find […]

In Nathaniel Hall’s hilarious and heartbreaking solo show First Time – a hit at Edinburgh Fringe 2019 and on its UK tour, and now available in print – the theatre-maker and activist draws on his own life story to smash through the stigma and shame of HIV, and present an uplifting and inspirational guide to staying […]