2018 saw the thirtieth anniversary of Nick Hern Books – and it was certainly a year to remember, with more plays published than in any previous year in the company’s history, a shelf-load of awards, and the inaugural Amateur Theatre Fest in September. Plus, we licensed many brilliant productions of Nick Hern Books’ plays to amateur companies up and down the country, and further afield. We’ve done some number-crunching, and can now announce our official Top 10 Most-Performed Plays of 2018, together with some of our favourite posters and production shots from the productions we’ve licensed over the year…

10. The Railway Children by E. Nesbit, adapted for the stage by Mike Kenny
Cast: 5f 6m doubling (6f 9m possible)
Staging: can be simply staged (with or without a steam train!)

At number ten on our list comes this delightful period drama, adapted by Mike Kenny from E. Nesbit’s much-loved book. It’s the heart-warming story of a prosperous Edwardian family forced into penury in the rural north of England. This imaginative adaptation captures the anxieties and exhilarations of childhood with great tenderness and insight. It offers three plum roles for young performers, and is eminently suitable for schools, youth theatres and drama groups. ‘This glorious adaptation never for a moment runs out of steam’ Guardian 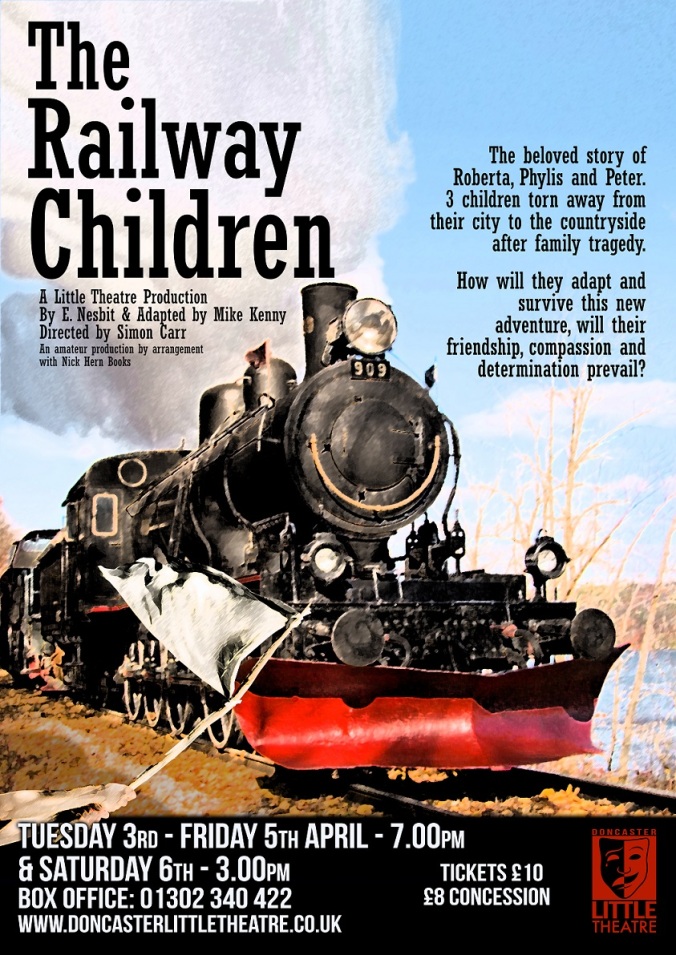 The Railway Children by E. Nesbit, adapted by Mike Kenny, performed in 2018 by Doncaster Little Theatre

This poignant and moving drama is set in a 1960s Mother-and-Baby Home, where young, unmarried women are sent to have their babies. It revolves around a central character who has to cope with the dawning realisation that she will have to give her baby up for adoption, whether she likes it or not. Yet despite their plight, the girls’ youthful effervescence keeps breaking through as they sing along to the girl-group songs of the period. Amanda Whittington’s ever-popular play has a cast of 6f, making it our most-performed all-female play in 2018. ‘Immensely touching’ The Times

Be My Baby by Amanda Whittington, performed in 2018 by Chorley Amateur Dramatic and Operatic Society, Lancashire

A fresh and funny drama about two of the most powerful women of the twentieth century, Queen Elizabeth II and Margaret Thatcher, Handbagged undoes the clasp of history and takes us right into the royal chamber, exposing the antipathy between Queen and Prime Minister as they battle for supremacy. Featuring two exceptional roles for female performers, the play is also available in a  one-act version suitable for festivals and shorter time-slots. ‘Hilarious and moving… raises serious questions about the balance of power’ Guardian

A simple and delightfully inventive re-telling of the stories from the Arabian Nights, with an original music score by Gary Yershon that can also be licensed for performance. Dominic Cooke’s enchanting Arabian Nights was originally produced by the Royal Shakespeare Company and has been hugely popular with amateur companies ever since. It was our highest-ranking family show in 2018. ‘A truly magical piece of theatre that delights all the senses’ WhatsOnStage 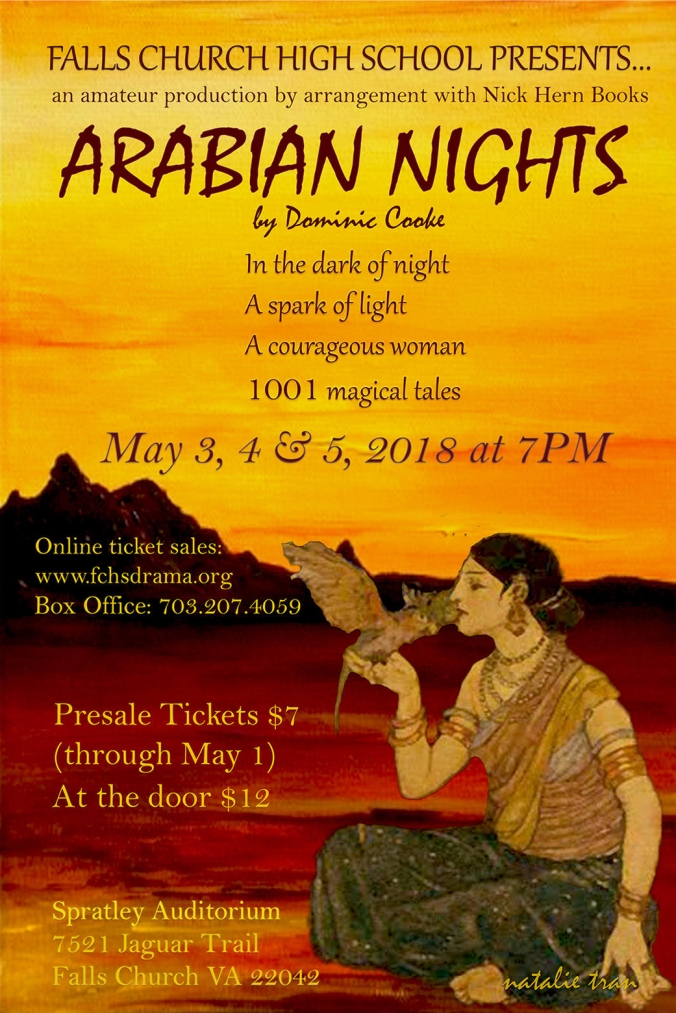 This hugely acclaimed powerhouse of a play by Jez Butterworth centres on local waster Johnny ‘Rooster’ Byron and his disreputable retinue, a constant source of irritation to the local council, who want him evicted from his illegal encampment in a woodland clearing. The play offers an outstanding lead role for a male performer, with plenty of additional roles for a cast of 14 (plus chickens, if available). ‘Unarguably one of the best dramas of the twenty-first century’ Guardian

Jerusalem by Jez Butterworth, performed in 2018 by The Norwich Players

Jerusalem by Jez Butterworth, performed in 2018 by Swan Theatre, Bedford

5. The Thrill of Love by Amanda Whittington
Cast: 4f 1m
Staging: various interior and exterior settings (can be simply staged)

A gripping, noirish period drama about Ruth Ellis, who became the last woman to be hanged in Britain. Holding a place in our Top 10 for the fourth year running, Amanda Whittington’s The Thrill of Love dramatises an absorbing true story, with a female-led cast and a 1950s setting. ‘Tense and engaging throughout… a triumph’ The Stage 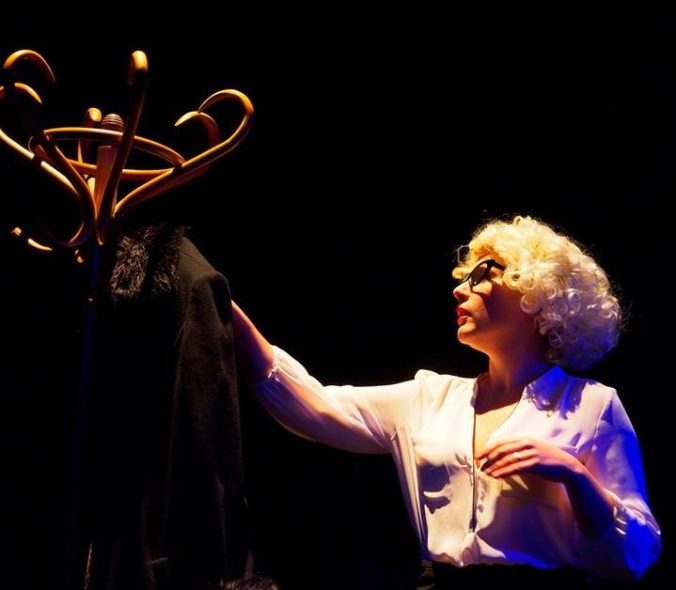 The Thrill of Love by Amanda Whittington, performed in 2018 by Bedford Drama Company

The Thrill of Love by Amanda Whittington, performed in 2018 by Nantwich Players, Cheshire

Not a standard period whodunnit, but a gloriously funny makeover of the Sherlock Holmes story, from the hit comedy team Peepolykus. This Hound of the Baskervilles is an madcap and zany spoof, offering abundant slapstick opportunities for three male performers. ‘A masterclass in madcap energy… a fun and fresh Sherlock Holmes romp’ The Stage 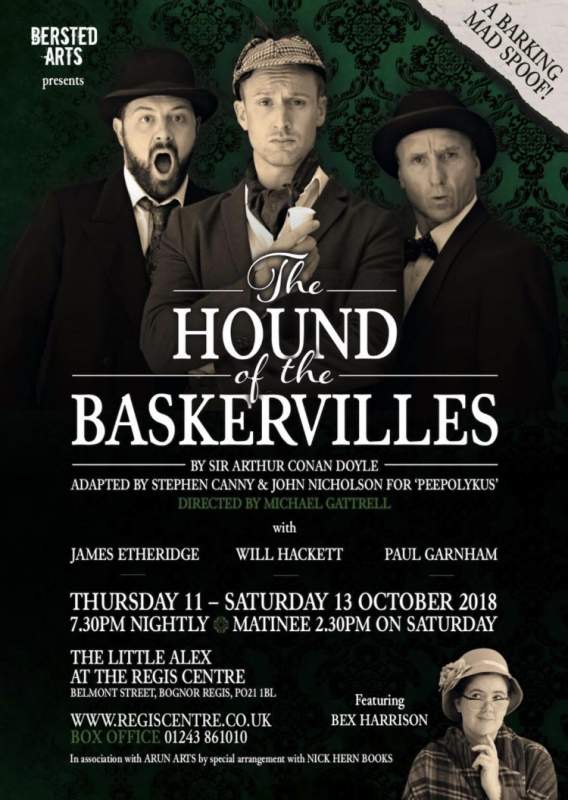 The Hound of the Baskervilles adapted by Steven Canny & John Nicholson, performed in 2018 by Bersted Arts in Bognor Regis

The third play by Amanda Whittington in the Top 10 is this high-spirited comedy about four likely lasses from the Hull fish docks on a day trip to the races. Ladies’ Day has been a hit with amateur companies for years, and with its warm heart, relatable soul and fabulous roles for women, it’s not hard to see why. Plus, there’s the option of performing the equally brilliant sequel, Ladies Down Under. ‘Exuberantly up-to-the-minute comedy’ Guardian 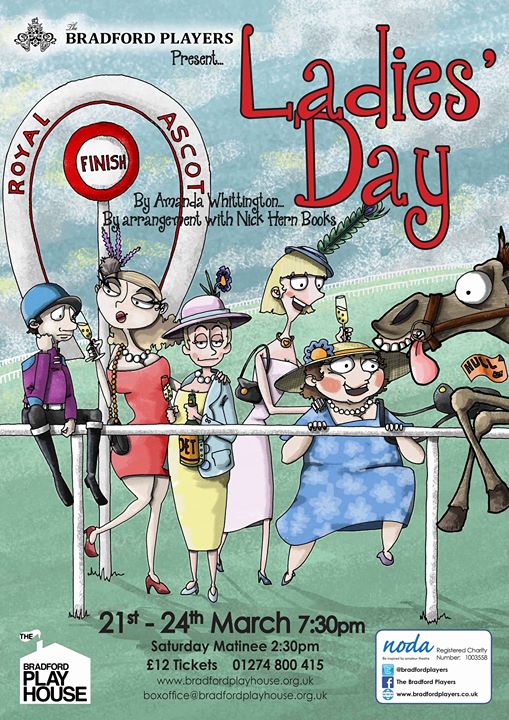 Ladies’ Day by Amanda Whittington, performed in 2018 by Bradford Players

Jessica Swale’s moving, comical and eye-opening historical drama Blue Stockings is the defiant story of four young women fighting for education against the backdrop of women’s suffrage. Set in 1890s Cambridge, it has plenty of opportunities for a large cast with female leads. ‘Cracking… leaves you astonished at the prejudices these educational pioneers had to overcome’ Guardian

Blue Stockings by Jessica Swale, performed in 2018 by Between the Bars Theatre Company, Cambridge (photo by Timothy Winn)

In the top spot for the second year running, Jessica Swale’s warm-hearted historical comedy about the young Drury Lane actress who won the heart of the king is a truly popular champion. Boasting a large cast and a wonderfully charming lead role for a female performer, Nell Gwynn is a proper crowd-pleaser with strong box office appeal, and the chance to show off some spectacular frocks. Congratulations to the hugely talented Jessica Swale for holding first and second places in our Top 10 of 2018! ‘Bawdy and brilliant… a wonderful, warm-hearted and generous piece of theatrical history’ The Stage

Nell Gwynn by Jessica Swale, performed in 2018 by the University of Southampton Theatre Group 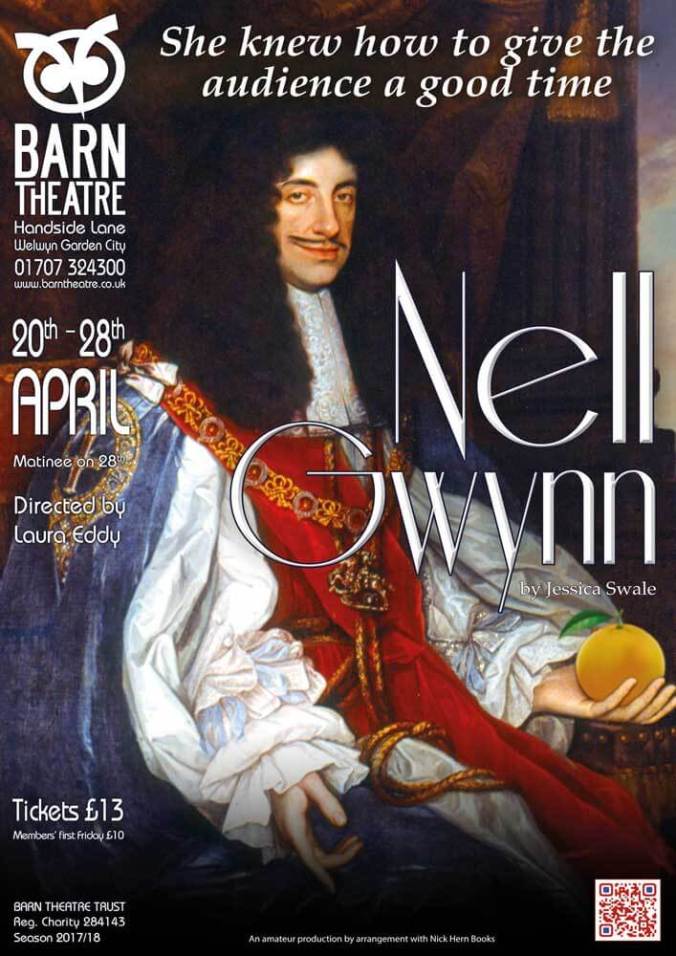 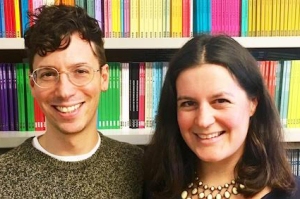 Congratulations to all of our wonderful authors who have made it into the Top 10 this year, and to all of you whose performances have been such a success throughout the year.

We have over 1,000 plays available for amateur performance on our website, where there’s a handy Play Finder tool to help you find the perfect play to perform. Our friendly and knowledgeable Performing Rights team is available to discuss your requirements with you in person (email us at rights@nickhernbooks.co.uk, or give us a call on 020 8749 4953). And make sure you sign up for our newsletter to get notifications of the latest releases.

Whatever your plans for 2019, we hope to hear from you soon!

Formed in a rehearsal room at the Bristol Old Vic in 2011, The Wardrobe Ensemble are, in their own words, ‘a group of theatre artists working together to make new plays that dissect the twenty-first century experience’. In the near-decade since their founding, they’ve earned success and critical acclaim – performing around the UK, winning awards and […]