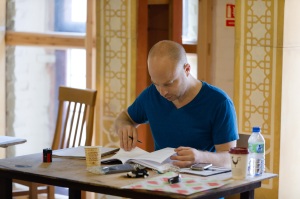 Raz Shaw, director of The God of Soho

In part two of our special feature on The God of Soho, director Raz Shaw tells us what it was like bringing Chris Hannan’s wild and raucous script to life for Shakespeare’s Globe.

You have previously directed productions of A Midsummer Night’s Dream and Romeo and Juliet for the Shakespeare’s Globe, but this is your first contemporary play. How did you come to direct The God of Soho for the Globe’s distinctive space?

Dominic Dromgoole, Artistic Director of Shakespeare’s Globe phoned me up in November last year. He sent me Chris’s treatment version, which was gloriously mad – it made wonderful sense and at the same time didn’t make any sense. It was brave and courageous and rude, and funny and moving – and yet, in some ways, indecipherable. I thought there was so much in it, it was bursting at the seams. I had no idea what the end result might be, but there was something about it that was intriguing, exciting, unique and scary. And I only like to do work that scares me or there’s no point, I think. 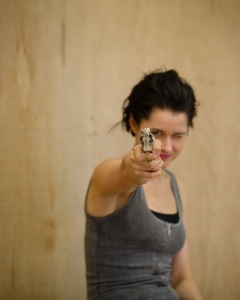 What has proven the biggest challenge, or surprise, in bringing the script to life for the first time?

I’ve discovered that doing a new play at the Globe means two things. One, you have to be very respectful to the author’s words. And two, you have to embrace the Globe in all its forms. Sometimes that means you need to direct a scene in a slightly different way, from how you might have done had it been indoors in a ‘conventional’ theatre. I think that what the Globe gives any play, especially a new play, is an extra resonance and relevance because it reaches out immediately to the audience, and the audience responds right there in the moment. In a really positive way, we hear the words more, we feel the emotions more and we listen to the story of the play more. So for me, the biggest challenge has been to imagine where it needs to sit – how it can resonate best in the Globe. I think the biggest surprise to me is that despite its huge moments – very funny moments, rude moments, very sexy moments – it’s actually about tiny emotional details. The story of the play is very real, it has three very real love stories; the biggest challenge is to make sure we focus on that and at the same time allow it to breathe in a theatre the size and style of the Globe.

With its large cast, sharp topicality and brash language, do you imagine that The God of Soho will be a popular choice for amateur performance in the future?

I do! It’ll be a fun journey to take. There are eleven actors in our cast, with two what are called ‘supernumerary actors’, who only come in for the final rehearsals and do simple, non-acting things, like opening doors and all that kind of stuff – but still feel part of the cast. With thirteen actors, and seven in the band, there are over 120 costumes in this show, as there are actually loads of characters. 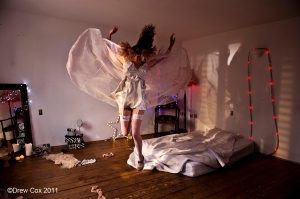 Part of the fun of doing a play with loads of roles is that all the actors can have a main character, and then they can all kind of let go and have mini-characters too. For instance, there’s a song in the play called ‘Sexier than Sex’, which is very rude. It’s about the Goddess of Love’s journey into King’s Cross and Soho for the first time, and she’s looking for something to hold onto because she’s been rejected by her lover in heaven. One of the things she is hoping to find out is what sex is on Earth. The song is quite vulgar, and requires an assortment of characters from the sex trade, from prostitutes onwards, and would certainly be lots of fun for amateur performers.  Almost every single one of those little parts has something about it that would make it unique and fun to play. Even if those parts don’t have many lines, they certainly have some memorable moments.

Chris Hannan’s new play – The God of Soho – opens tonight (27 August) at Shakespeare’s Globe, running till 30 September. Click here to purchase tickets. NHB are proud to publish the playscript alongside this production – to order your copy with free UK P&P click here and add ‘Blog Offer’ in the comments field at checkout (to ensure your discount is applied when the order is processed).

*The God of Soho ticket + drink offer!*
A Yard ticket & a Post-Show Cocktail for just £10 when booking directly through the venue. Use the code ‘pcdsftw’ or quote ‘Something for the Weekend’ when calling the Shakespeare’s Globe box office on 020 7401 9919. Cannot be claimed retrospectively. Usual terms and conditions apply. Purchasers must be over the age of 18. Please note Yard tickets are standing only, but have the best view of the stage. 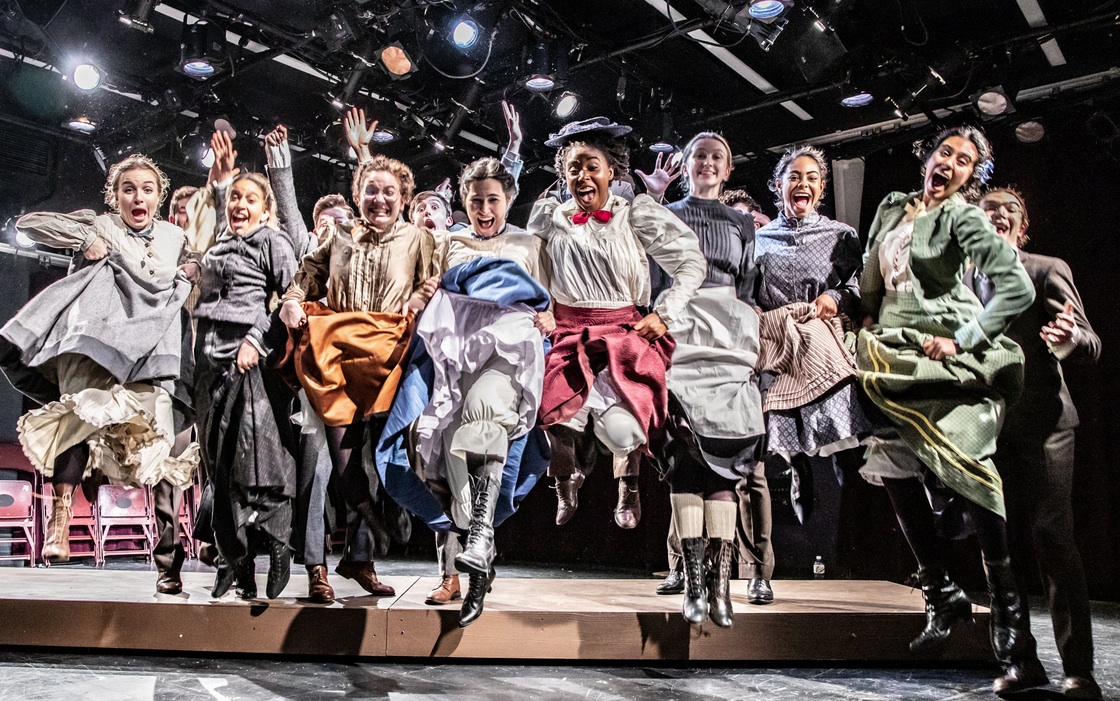 PIERS TORDAY, writer of the acclaimed Last Wild series of children’s novels, has adapted Dickens’ A Christmas Carol for Wilton’s Music Hall. Here, he explains why his version, Christmas Carol: A Fairy Tale, reimagines the familiar story, placing Ebenezer’s sister Fan at the heart of the action… When Charles Dickens published his ‘little Christmas book’ […]

‘Generosity of the ferocious kind’: Simon Stephens on the late Stephen Jeffreys and his contribution to playwriting

STEPHEN JEFFREYS was an acclaimed playwright and a hugely respected mentor to an entire generation of playwrights who emerged through the Royal Court Theatre while he was Literary Associate there. Amongst them SIMON STEPHENS, who spoke at an event at the Royal Court last weekend to celebrate Stephen’s life and work. Here, in a longer […]