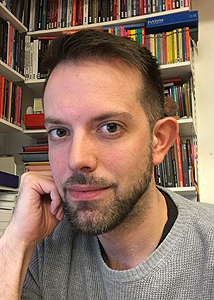 Unprecedented, extraordinary, difficult, relentless, seemingly unending… however you choose to describe it, one thing’s for sure: thanks to the coronavirus pandemic, 2020 has been one hell of a year.

For a theatre publisher like Nick Hern Books, nine months with a shuttered arts industry has been a challenge that’s forced us to adapt and find new ways of working and thinking – frequently inspired by the astonishing resourcefulness and stamina of people across the theatre community.

As the year draws to a close, NHB’s Managing Director, Matt Applewhite, reflects on a tumultuous twelve months, and looks ahead to how, amidst everything, we might even find some positives to take with us into a post-pandemic world.

How do you measure a year? For the characters in the musical RENT, it should be defined by love. T.S. Eliot’s Prufrock measured out his life in coffee spoons. And for those of us who have lived through the rollercoaster orbit of the sun called 2020? Stockpiled toilet rolls and squirts of hand sanitiser? Claps for carers? Hours on Zoom?

For the theatre industry, the year might be measured in the heartbreaking number of cancelled productions; the vast sums spent making theatres amongst the most Covid-secure buildings, only to be shut down again in this year’s dying days; or the innumerable halted careers and devastated livelihoods of the freelancers who are theatre’s lifeblood. Opening the aperture further onto a global and gloomier scale: the tragic death toll spirals inexorably upwards, each life lost representing another family deep in grief, broken hearted. Empty chairs at empty Christmas dinner tables. Regardless of where we live, it’s all ended in tiers.

There’s no cheering statistic (the US presidential election result excepted) by which to measure an impossible, incomprehensible twelve months. And no easy way to forget an unforgettable year, however much we might want to.

After closing the door to the Nick Hern Books office on 16 March, we pinned up a notice for visitors saying that we’d be working from home temporarily. In our wildest imaginations (and some of them are pretty wild), none of us dreamed that we wouldn’t be back in time to replace this ‘temporary’ sign with our traditional Christmas wreath. 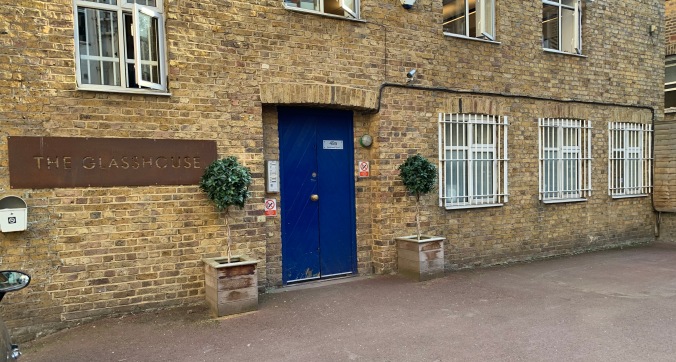 ‘In our wildest imaginations, none of us dreamed that we wouldn’t be back in time for Christmas’ – the
Nick Hern Books office, which has been closed since March

Over the ensuing week, we witnessed curtains fall at theatres across the country, with many of these cancellations having the same knock-on effect on our own publication schedule, with dozens of planned titles struck through. Surely the Edinburgh Fringe – then months away – would survive, we hoped? But alas, its cancellation led to more abandoned productions and publications; some plays that we’d known about and many others which now, heartbreakingly, may never see the light of the stage.

The craft and career books we’d planned for the year were similarly shelved – metaphorically rather than literally. How could we confidently publish practical theatre books serving an industry which was all but shut down, and with all educational institutions likewise suspended? Our amateur performing rights department was deluged, not in applications for new productions, but by requests to delay performance dates and process refunds. Whilst thankful that we still had books we could sell – albeit via a disrupted, creaking book supply chain – there was no doubt about the severity of the uncertainty and insecurity surrounding us and overwhelming everybody.

Those first few frantic weeks of lockdown were charged with adrenaline (a panic?) to establish home offices and schools, recalibrate plans, find ways to keep connected and protect our mental health – before a new routine, a different way of living, took root, and the sounds and smells of nature reasserted themselves. I didn’t read Anna Karenina, or declutter the attic, or bake banana bread. I did have surreal dreams, and suffer self-doubt, and bury a close relative. Occasionally I changed my clothes. I experienced a new silence and a sadness at the suffering unfolding around us, as the world turned, and the seasons passed, and people died.

With customary resilience and resourcefulness, the theatre industry rose to the challenges facing it, offering vital lifelines to as many freelancers as it could, and pivoting towards more digital work. All the world’s a screen. We also saw it as our responsibility to embrace this innovation as an essential means to survival – and our mission was to find ways to work with authors and their agents, with theatres and audiences, to collaborate, to stay connected, and to create.

The NHB Playgroup served up a free play to read online each week, followed by a Q&A with the playwright, sourced from readers’ questions and released as a podcast. We negotiated with playwrights and their agents to allow online performances, so that amateur theatre companies, like their professional counterparts, could continue to showcase their work. 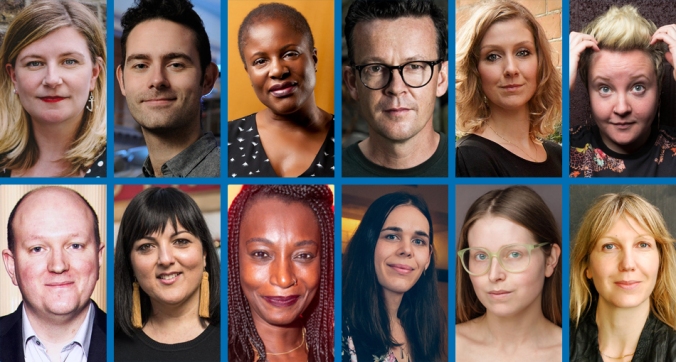 The twelve NHB authors who kindly allowed their plays to be shared for free as part of The NHB Playgroup, and answered reader questions about them for our podcasts

We partnered with other organisations to help amplify their online offerings, such as the remarkable and far-reaching Coronavirus Time Capsule from Company Three and Papatango’s Isolated But Open monologue call-out, which was announced the day after the theatre shutdown and ultimately received over two thousand submissions, providing very welcome paid work for twenty writers and actors as well as producing ten stirring short films (with scripts available to read online for free). Staying lively and loud, engaged and engaging on social media – Twitter especially – continued to be an important priority.

And we’ve managed to publish at least twenty new titles since March, including a compendium of drama games to play socially distanced or online, which was written at breakneck speed and quickly sold through its first four print runs, plus several new plays receiving their virtual premieres, including Stephen Beresford’s Three Kings from the Old Vic, and Jermyn Street Theatre’s 15 Heroines, which featured the work of fifteen female and non-binary playwrights.

In each of these instances, we were fortunate to be an independent, relatively small, nimble-footed specialist publisher, doing our best to keep up, to keep our heads above water, and to keep on going. But what’s really sustained us over the 366 unrelentingly hard days of 2020 is the strength and inspiration, support and courage we’ve been able to draw on from remarkable individuals and companies across the entirety of the theatre industry, as well as the loyal readers who’ve continued to support us, never more so than during our #LoveTheatreDay Sale which saw us raise hundreds of pounds for the Theatre Artists Fund. To them all – and to all of my colleagues who have been beacons of good humour and grace, whether shouldering immense workloads or still experiencing the challenges of furlough – I offer endless gratitude, respect and love.

The snow globe on my desk/dining table is proving an unreliable crystal ball, and no one knows what the next 52 weeks will bring. However, it seems pointless to pretend that, even with glimmers of hope on the horizon, life will be returning to what it was BC (Before Covid) – but, perhaps, nor should we want it to.

We’ve experienced the power and potential of digital innovation, which I believe will be here to stay – or at least a hybrid of digital alongside live theatre. We need to throw a wider protective embrace around freelancers, and remain aware of the delicate, precious ecosystem we inhabit. We know that we can’t look to our woefully incompetent government for leadership or protection, so must seek opportunities to strengthen our working practices and networks, and shout from the rooftops about the vital, transformative importance of live performance. 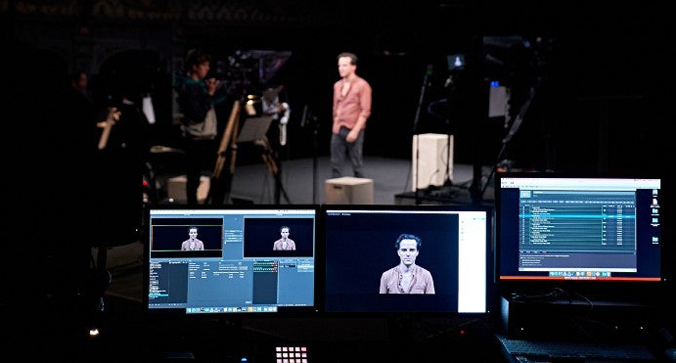 ‘I believe digital innovation will be here to stay’ – Andrew Scott in rehearsals for Three Kings by Stephen Beresford, performed live from the Old Vic Theatre, London, in September, and streamed worldwide
(photo by Manuel Harlan)

And we must never ignore the other seismic shifts witnessed this year, not least Black Lives Matter, which at long last must mean that systemic injustices are properly and permanently addressed. At NHB, we don’t underestimate our own role in all these challenges facing us.

Acts of unsung heroism or compassion, laughter, tears, tweets, coffee spoons, Zooms, or love. In whichever ways we each measure the 525,600 tumultuous minutes of 2020, we hold on to our optimism and hope for a stronger, better future. We look forward to next year.

From all us at NHB, thank you to everyone who’s helped us get through the chaos of 2020 – our authors, partners, readers, followers and friends. We wish you all a safe, happy and peaceful Christmas, and here’s to a brighter 2021.