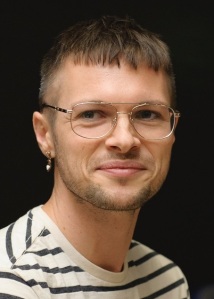 In Nathaniel Hall’s hilarious and heartbreaking solo show First Time – a hit at Edinburgh Fringe 2019 and on its UK tour, and now available in print – the theatre-maker and activist draws on his own life story to smash through the stigma and shame of HIV, and present an uplifting and inspirational guide to staying positive in a negative world.

Here, to mark World AIDS Day 2020, Nathaniel explains how the play came about, and how he hopes telling his story, and his other continued work, can help show that it’s not just possible to live with HIV, but to thrive with it.

First times are scary, aren’t they?

In 2018 I said something out loud for the first time. It was utterly terrifying. After fifteen years of living in secret, I came out to the world a second time. You see, the first time I ever had sex, aged sixteen, I contracted HIV. Let me take you back to the summer of 2003…

I was Head Boy at my comprehensive high school in Stockport, and I wasn’t out; in fact, I even had a girlfriend. But this Head Boy was also secretly giving head… to the Deputy Head Boy, no less. You know, I was desperate to go to the prom with him on my arm, but Stockport in 2003 really wasn’t ready for that, so a cream tuxedo was the next best thing. But it hadn’t arrived at the hire shop… two hours to wait in STOCKPORT. What a depressing place… 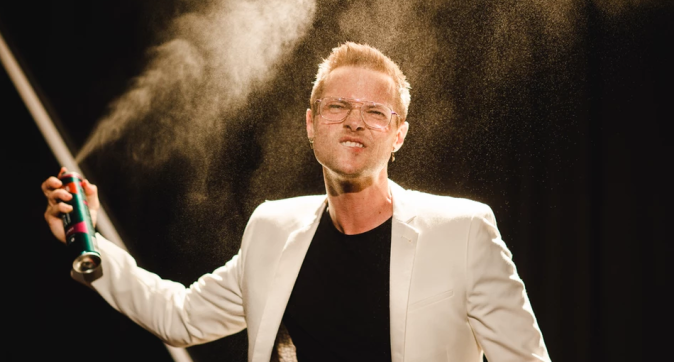 I sat on a bench overlooking the shopping precinct to the M60 beyond. And that’s where I met him. He was older than me, mid-twenties maybe, tanned, bleached tips in his hair, ripped bootleg jeans… definitely gay. We chatted. It was validating. We swapped numbers, texted each other on our Nokia 5210s. He was so sweet, and my age wasn’t an issue to him, although, looking back, I think perhaps it should have been.

Eventually we went back to his for my ‘first time’. He pulled out a safer sex pack but just took the lube. I stopped him, I may have grown up under the shadow of Section 28, but I wasn’t stupid. He reassured me, a clean bill of sexual health, and I trusted him. After all, it was my rite of passage; he was older and wiser, surely?

My fate was sealed.

I found out I was HIV+ two weeks before my seventeenth birthday. Just a child, now forced into a very adult world. Then I boxed up what had just happened and put it high on a shelf. I told a few lovers, fewer friends, no family. Until fourteen years later in 2017, I caught myself in the mirror still awake two days after a house party. You see, I’d convinced myself I was simply living my best queer life: parties, sex, alcohol, drugs. All fun things if you’re actually pursuing them for fun. Not so much if you’re pursuing them to mask pain. You know, I look around at my community that is supposed to be celebrating pride, but behind closed doors so many of us are drowning in shame.

And who can blame us?

Throughout history we’ve been medicalised, criminalised, dehumanised, erased, beaten, tortured, killed. And now we’re emerging from one of the worst epidemics to ravish civilisation in recent history: 35 million people dead, 38 million (and counting) living with HIV, and my community, men who have sex with men, disproportionately affected. On the road to freedom and equality, it sometimes feels like one step forwards, two steps back, and it was so easy for them to weaponise this disease to fit their own hate-filled agenda.

‘Britain threatened by gay viral plague.’ ‘“I’d shoot my son if he had AIDS,” says vicar.’

Real headlines from the British tabloid press at the height of the early AIDS crisis.

And more recently, on the front page of a national paper in 2016: ‘£5000 a year lifestyle drug… what a skewed sense of values,’ they scoffed as they pitted access to PrEP (life-saving medication that stops people contracting the virus) against access to statins for old people (thankfully, after years of campaigning, PrEP is now available for free on the NHS in England, Scotland and Wales).

I was diagnosed with HIV aged sixteen, but it was the stigma and shame, not the virus, that led me to breaking point. 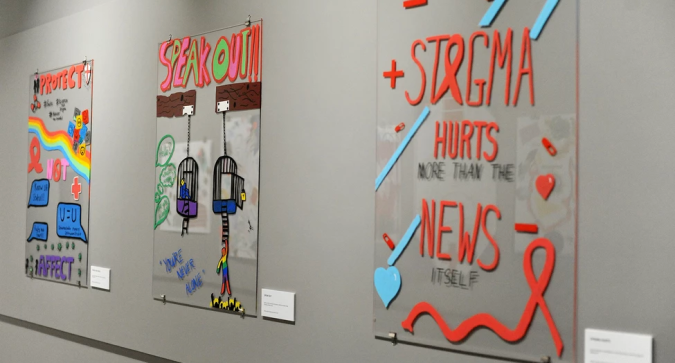 An exhibition of visual art made by school pupils as part of In Equal Parts, a community-led creative outreach project run by Dibby Theatre to tackle HIV stigma and shame (Photo © Dawn Kilner)

Staying silent about an HIV diagnosis only confirms to others that it is something to be ashamed of. It took me over a decade to get here, but let me tell you one thing right now…

It. Is. Not… Regardless of how you caught it.

When I caught a glance of myself in the mirror on that fateful day in 2017, I realised I had bought into the narrative of stigma, and in that moment I made a pact with myself to change the narrative, and to keep shouting the new narrative until people would listen. That was the catalyst that set the wheels in motion to create First Time.

But first I had to tell my family that for the past fifteen years I had held such a huge secret from them. It was a good job I did, because nothing could have prepared me for what was about to come…

I was commissioned to write and perform the show by Waterside Arts in Greater Manchester, in association with Dibby Theatre, in the lead-up to World AIDS Day 2018. And that’s when the press picked up the story. I performed four sell-out shows amidst a whirlwind of interviews for newspapers, magazines, television and radio.

Something about my story struck a chord with millions.

Even if they didn’t have HIV themselves, it unlocked parts of their own lives where they held shame, and for those with HIV, many finally felt relief at seeing an honest portrayal on their screens and stages. It was clear to us that the full impact of this show was yet to be made, so we took it to the Edinburgh Festival Fringe in 2019 and then on a national tour. It won two awards and enjoyed audience and critical acclaim in equal measure. From alcohol and drug-fuelled rock-bottom to award-winning writer and performer in the space of two years, it’s been one hell of a journey. 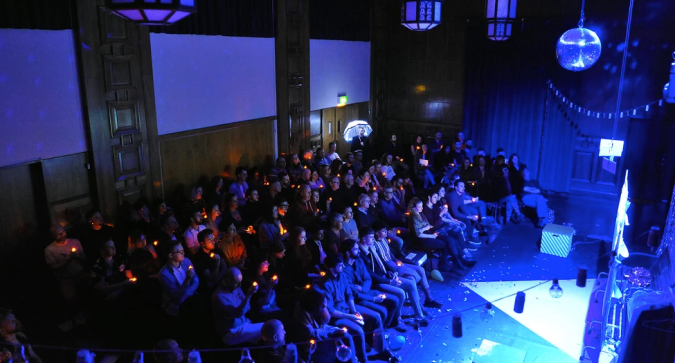 But First Time is more than just a play. It’s part of a growing confidence in the HIV community to live boldly and without shame. More and more people are talking openly about their diagnoses and, very slowly, the stigma is being removed from the virus.

I have used First Time as a vehicle for my HIV activism with creative workshops, outreach and education sessions in schools, charity partnerships, rapid HIV testing at venues and fundraising parties. In Equal Parts – a community-led creative outreach project tackling HIV stigma and shame – is now helping more and more people with their diagnoses and reminding all of us that we have a role in ending HIV.

I know, that as a white, cis-gendered male from a comfortable background, I write all this from a position of privilege, and that, for many people living with HIV, coming out publicly is simply not an option. So I’ve vowed to keep on telling my story – on their behalf – until it is safe for them to do so themselves. HIV healthcare has changed and is revolutionising the lives of people with HIV. And now another revolution is on the way: a generation of people not just living with HIV, but thriving with it.

You know, I’m really one of the lucky ones… I survived.

People often remark that what I’m doing is ‘remarkable’ and ‘brave’ but it’s not. Ordinary people do extraordinary things every single day. I’m just a kid from Stockport hoping for a day when saying you’re HIV+ is no longer considered a radical act. 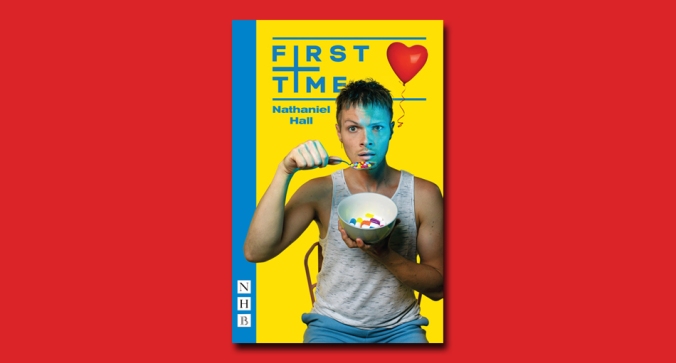 This piece is taken from the Introduction to First Time by Nathaniel Hall, published by Nick Hern Books.

In addition to the full script, the published volume includes extensive material about HIV/AIDS and the themes and issues explored in the play, including several workshop plans which can be used with students and community groups. Order your copy at a 20% discount on our website.

First Time will return for a new tour in 2021, alongside In Equal Parts, an outreach project developed and delivered alongside the show. The project aims to educate everybody – regardless of HIV status – on modern HIV healthcare and prevention, de-stigmatise attitudes to the virus and empower people to understand their role in contributing to the UNAIDS goal of ending all new HIV transmissions by 2030.

To date, In Equal Parts has engaged over 5,500 people in creative workshops, talks, exhibitions, rapid HIV testing and fundraising parties, with over 18,000 people engaged online. See more about In Equal Parts here.