We’re saddened to hear the news of writer and activist Larry Kramer, who sadly died on 27 May 2020 at the age of 84. Nick Hern Books is proud to publish his passionate, vital play The Normal Heart, set during the early days of the HIV/AIDS epidemic in New York in the 1980s. Here, we celebrate Larry Kramer and his work – read the text of a letter given out to audiences at performances of The Normal Heart, the story of his first play, and a personal tribute from NHB’s Managing Director, Matt Applewhite…

A copy of this letter was given to every member of the audience – often by Larry in person – as they left the theatre after the 2011 Broadway revival of The Normal Heart.

A Letter from Larry Kramer

Thank you for coming to see our play.

Please know that everything in The Normal Heart happened. These were and are real people who lived and spoke and died, and are presented here as best I could. Several more have died since, including Bruce, whose name was Paul Popham, and Tommy, whose name was Rodger McFarlane and who became my best friend, and Emma, whose name was Dr Linda Laubenstein of New York University Medical Center. She died after a return bout of polio and another trip to an iron lung. Rodger, after building three gay/AIDS agencies from the ground up, committed suicide in despair. On his deathbed at Memorial, Paul called me (we’d not spoken since our last fight in this play) and told me to never stop fighting. 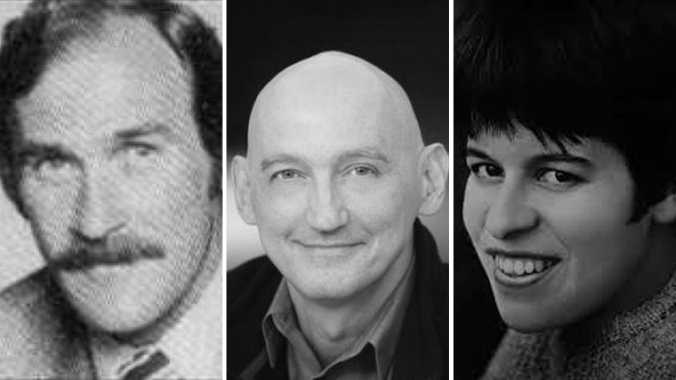 (Left-right) Paul Popham, Rodger McFarlane and Linda Laubenstein, who are all depicted in The Normal Heart

Four members of the original cast died as well, including my dear sweet friend Brad Davis, the original Ned, whom I knew from practically the moment he got off the bus from Florida, a shy kid intent on becoming a fine actor, which he did.

Please know that AIDS is a worldwide plague.

Please know that no country in the world, including this one, especially this one, has ever called it a plague, or dealt with it as a plague.

Please know that there is no cure.

Please know that after all this time the amount of money being spent to find a cure is still miniscule, still almost invisible, still impossible to locate in any national health budget, and still totally uncoordinated.

Please know that here in America case numbers continue to rise in every category. In much of the rest of the world, like Russia, India, South-east Asia, and in Africa, the numbers of the infected and the dying are so grotesquely high they are rarely acknowledged.

Please know that all efforts at prevention and education continue their unending record of abject failure.

Please know that beginning with Ronald Reagan (who would not say the word ‘AIDS’ publicly for seven years), every single president has said nothing and done nothing, or in the case of the current president, says the right things and then doesn’t do them.

Please know that most medications for HIV/AIDS are inhumanly expensive and that government funding for the poor to obtain them is dwindling and often unavailable.

Please know that pharmaceutical companies are among the most evil and greedy nightmares ever loosed on humankind. What ‘research’ they embark upon is calculated only toward finding newer drugs to keep us, just barely, from dying, but not to make us better or, God forbid, cured.

Please know that an awful lot of people have needlessly died and will continue to needlessly die because of any and all of the above.

Please know that as I write this the world has suffered at the very least some seventy-five million infections and thirty-five million deaths. When the action of the play that you have just seen begins, there were forty-one.

I have never seen such wrongs as this plague, in all its guises, represents, and continues to say about us all. 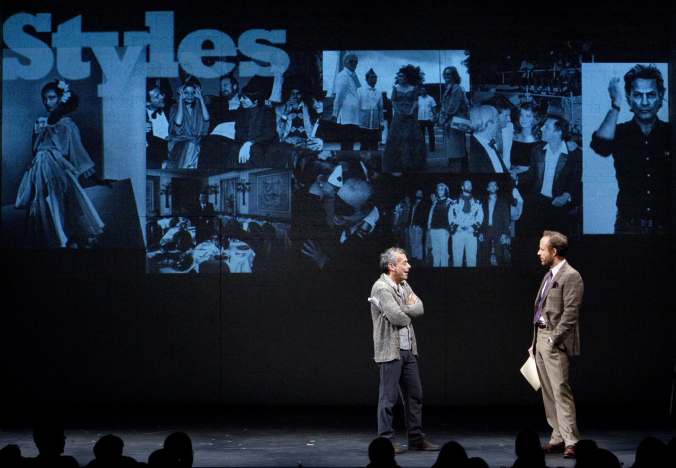 A piece by Larry Kramer from 2013 anthology My First Play: An Anthology of Theatrical Beginnings.

I sat in my short pants at a makeshift card table in our front yard on a lovely afternoon in spring in suburban Maryland and wrote in longhand about baseball players. I hated baseball and I hated my father (who called me a sissy) so I guess I was trying to please him and I ran out of steam after but a few pages. I guess I was eight or nine, maybe ten. The next ‘first’ play was a pageant I wrote for the Cub Scouts about I can’t even imagine what and remember only that it was a hit, particularly with my mother who said some- thing to the tune of, ‘I didn’t know you could write, dear.’ I was however old Cub Scouts are, twelve maybe.

My first real ‘first play’ was something called Sissies’ Scrapbook, which I wrote when I was in my early thirties (after my Women in Love film adaptation), serious stuff, following four Yale roommates through the years. It was done in a workshop at the old and first Playwrights Horizons, where it seemed to go down very well (people actually cried, which is what I wanted, and I fully remember the power of that feeling: I wrote something that made people cry).

However, upon its transfer to off-Broadway under the title of Four Friends, Clive Barnes of The New York Times wrote, ‘With friends like these you don’t need enemies,’ and we closed on opening night. So wounded did I allow myself to be that I didn’t write another play for many many years. I was to learn much later that Barnes not only arrived a half-hour late but was drunk, now a matter of public record. Imagine that: the chief drama critic of The New York Times was a drunk. I wonder how many other playwrights never wrote another play because of this. Now I look back and see how much time I wasted, that the playwright who just won a Tony at age seventy- seven had many more plays within him that he should have written had he not been such a sissy. 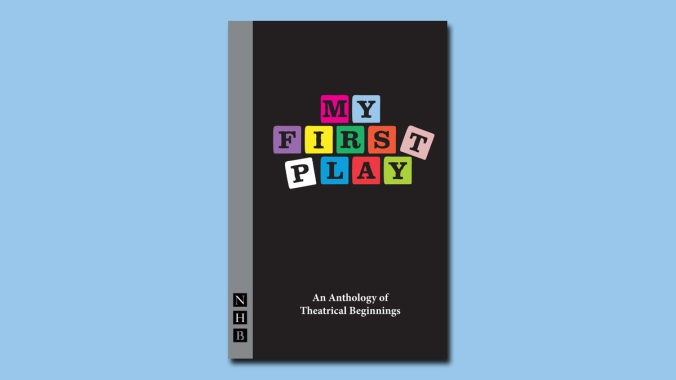 My First Play: An Anthology of Theatrical Beginnings, compiled by Nick Hern, 2013 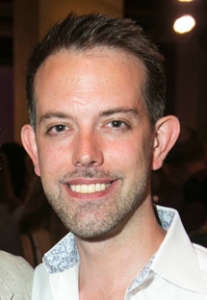 Matt Applewhite, Managing Director of Nick Hern Books, shares a personal tribute to Larry Kramer, whom he recounts meeting in 2011.

The 2011 revival of The Normal Heart did not strike me as a history play (even though it chronicles a dark period some three decades earlier) nor just a masterpiece of dramatic writing (even though it is) – but one of the most vital, important and relevant plays of our time, crystal clear in its insight, its humanity, its righteous anger. A clarion call to action.

Stumbling out of a matinee performance onto West 45th Street, with tears still hot on my cheeks, I called its author, whose work we already published but I’d never yet met. ‘Let’s meet for coffee,’ he rasped, and thirty minutes later I was in Larry’s book-lined apartment at the bottom of Fifth Avenue, overlooking the Washington Square Arch.

For several hours I was entranced by his staggering mind, more engaged and alive than that of a man half his seventy-five years. He hadn’t softened or mellowed over the decades. And why should he? For a true warrior, the fight is never over. A better day is always worth fighting for – and Larry was unfaltering in that aim, through his art, his activism, with uncompromising ferocity, sincerity and courage.

Over the subsequent years he asked me to send him new British plays and books about the theatre. His apartment may not have had space for more books – but his mind did. It was as boundless as the Great Plains. He was a hero, a leader, a champion – not just for LGBTQ+ people, but for anyone who cares about our world. We are lucky to have had him. 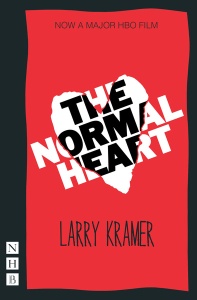