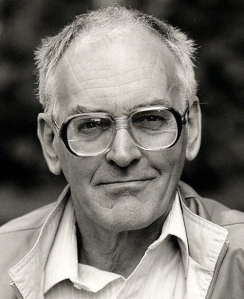 Playwright Peter Nichols, whose plays include A Day in the Death of Joe Egg, The National Health and Privates on Parade, died on 7 September at the age of 92. Here, in an extract from his published Diaries, he describes meeting Laurence Olivier in January 1969 to discuss the National Theatre’s forthcoming production of his play The National Health – a meeting that didn’t quite go according to plan…

After half an hour and a good deal of Scotch, Ken lost patience and said it must be quite some wig. At which moment, a Rolls was manoeuvred through the narrow opening and parked in the yard.

There was a flutter of myrmidons and a little man bustled in, holding out his hand.

‘I’ve never been more sorry in my life.’

For some minutes he alternated apology with disposing of the business accrued in his absence, mostly arrangements to bring a film producer from LA, requiring subtraction sums for the lost hours.

‘I apologise abjectly for being late then attend to anything but your play!’ he exclaimed, took off the pinstripe suit-jacket, sat at the table and drank some of the Scotch we’d left.

We went through the cast of twenty-two characters, matching them to the available actors. His opinions of his company were unimpressed, even brutal.

‘No, he can’t play Foster because he’s not staying.’ This was evidently news to Tynan. ‘No. Boring man. Drinks too much and is always slapping me on the back and asking me to supper with his family. No.’ 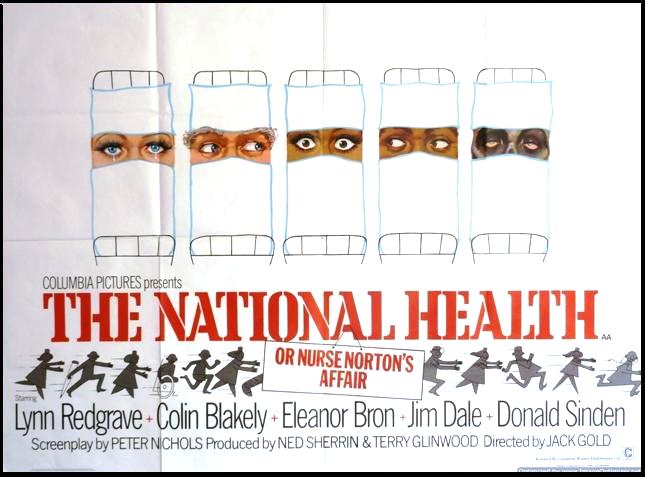 Poster for the 1973 film of The National Health, directed by Jack Gold

The advantage a famous actor has is the history he carries with him. I, now fairly far gone on subsidised whisky, saw not only a sixty-year-old man with toothbrush moustache, bank-manager glasses, suit and club tie, but Maxim de Winter confessing he hadn’t loved Rebecca, Heathcliff on the moor, Darcy, Henry V, Richard III, Hamlet, Archie Rice, Astrov, Titus Andronicus, Coriolanus, Antony, The Duke of Altair, the waiter in Carrie, etc., so I’d been watching him much of my life in the flesh or on film.

‘Well, I don’t know what else we have to discuss.’ As he poured another glass, this seemed to be our exit-cue, but Tynan asked where I stood on euthanasia and this began a further hour’s discussion. I put my own confused and watery arguments for allowing the helplessly defective to die, based on our own firstborn [Nichols’ daughter Abigail, whose severe disabilities were reflected in the character of Josephine in his 1967 play A Day in the Death of Joe Egg]. Tynan argued the liberal case against this and Olivier got the best of both worlds by saying we shouldn’t be so squeamish about life itself and in a few years we’d all be standing on each other’s heads and then it would be too late for such sentiments, people who were no use should be helped out, then at once told us that when the doctors warned him his daughter may not survive, she had only a five-per-cent chance, he’d said, ‘Save her! Save her!’ I hope he didn’t do this with quite the panache he used in telling us or the doctors’ hands must have shaken with fear. ‘You see? I wanted to save my child, though I knew she might not be whole.’ His eyes were burning bright as he roared: ‘I was a female tiger.’

As we walked away later, Michael pointed out that Tynan, for all his egalitarian posturing, has lived a life devoted to excelling and becoming élite, whereas Olivier exemplifies in his vigorous person and his willingness to face the crowd again and again, a reason for living. 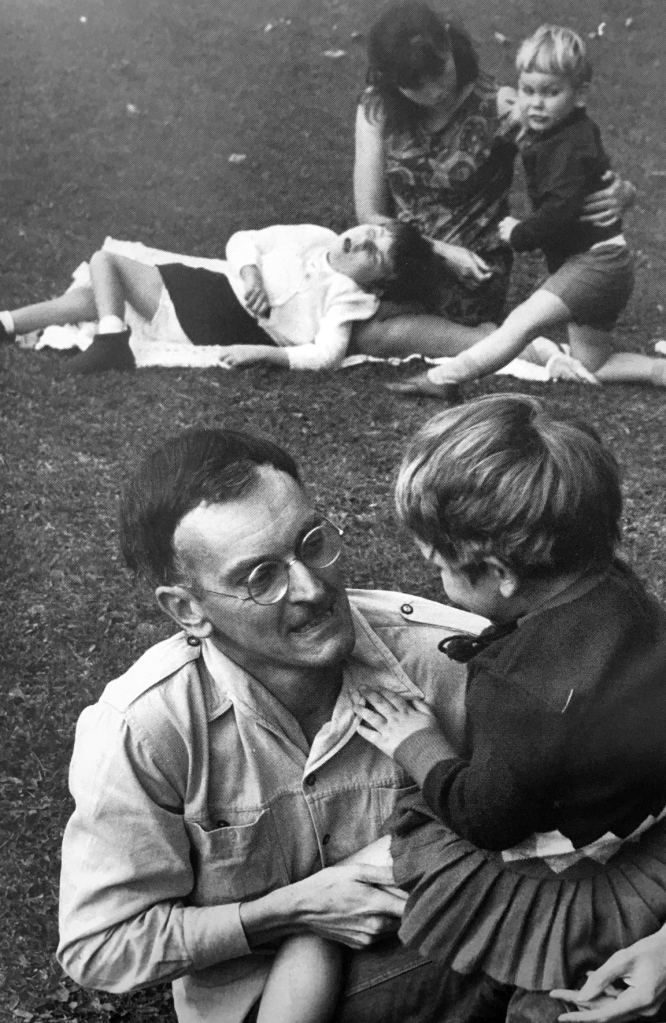 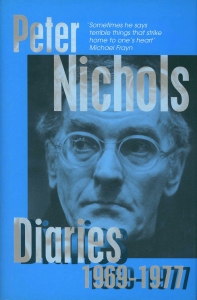 The above is an edited extract from Peter Nichols’ Diaries 1969–1977, published by Nick Hern Books.