After a sell-out run at the Edinburgh Fringe in 2016 and winning a Fringe First Award, the extraordinary Us/Them opens at the National Theatre on 16 January. An international co-production between BRONKS,  the Brussels-based theatre company for young audiences, and Richard Jordan Productions
with Theatre Royal Plymouth and Big in Belgium, the play focuses on the 2004 Beslan School siege, which ended in the deaths of more than 380 people. But rather than giving a straightforward account of this terrible tragedy, Us/Them explores the entirely individual way children cope with traumatic situations. Here, director and writer Carly Wijs explains how she approached the subject matter, and why she’s convinced no subject should be taboo for children.

When BRONKS asked me if I was interested in creating a performance for them, in 2013, the terrorist attack in a shopping mall in Nairobi, Kenya, had just occurred. I had read about it in the newspapers and watched footage of it on television, but I had not discussed it with my then eight-year-old son.

But he had seen it for himself on the news and he came to tell me. The way he talked about the attack was very specific: objective, aloof, with the ability to overlook the emotional implications. He handled the news factually, as a sequence of events, and without having to connect it to a judgement. It was as if the horror for him as an eight-year-old child had a completely different meaning because it was not possible to relate it to his own life. A child, unlike an adult, does not think: ‘That could have been me.’

I started to think about another horrifying act of unspeakable violence – the Beslan school siege of September 2004 – and how this dark episode in history could combine with the thoughts and impressions of children about such acts, to make a piece of theatre for young people. I subsequently managed to persuade Oda Van Neygen, who was at the time artistic director of BRONKS, and to this day I thank her for her courage in allowing me do it.

If you type ‘Beslan’ into Google and look at the pictures, it is riveting. You cannot let go of the horror. The fact that it involves children makes that feeling even stronger. It is an abomination in the extreme. But how can we put such indescribable acts on stage? How can we make something that is totally incomprehensible, understandable? And isn’t it taboo to make a piece of theatre about terrorism, aimed at audiences of children? Ultimately, I do not believe it is taboo – in fact, no subject should be taboo for children. It is just important that you use the right words. Discussing the topic of terrorism with children is a challenge, but it can be done. And must be done.

Why Beslan? Well, the drama took place at a school, and the first day of school is something to which every child can relate. The fact that the terrorists chose that specific day and environment to stage their atrocity reflects a profound perversion – but I did not want to talk about the perversity of it all. That’s just an ongoing debate by adults: why is this happening? A child cannot answer and does not have to answer that question. That is the privilege of being a child.

Whilst doing research, I came across a gripping BBC documentary called Children of Beslan, in which the story of the siege is told by the children who were held hostage (it’s available to watch on YouTube here). These children gave the same factual account of those events as my son had given about the Nairobi attack. Aloof almost. Which, of course, does not mean that these children do not have an enormous trauma to process. Unfortunately, the horrifying implications of what happened to them will probably hit them when they grow up. But the only thing that seemed to count for the children in the documentary was that the story was told as accurately as possible. 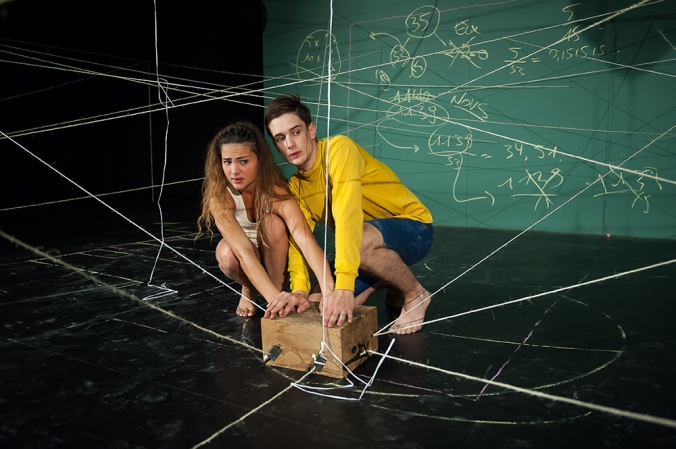 It was because of this documentary that I decided to tell the story entirely from the perspective of the children involved: one boy and one girl. There is a difference between their perspectives, but they both try to be as precise as possible in their accounts of what happened during the three-day siege. This precision sometimes takes the form of a ‘Show and Tell’ presentation, a scientific paper or a maths lesson, like you get in school…

But sometimes the children flee from the horror, straight into the comforting arms of the imagination. In the documentary, a boy fantasised that Harry Potter would arrive wearing his invisibility cloak and kill the terrorists one by one. Others fantasised that they were part of a film and none of this was really happening to them. In the play, the children devise their own endings to the siege that are either extremely happy or extremely sad.

Almost 1,200 people, including 777 children, were held hostage during the siege. Outside the school there must have been several thousand people. And yet, in the news footage, Google searches and documentaries, you keep seeing the same group of about fifty photogenic people. In all of the footage that has survived from those fateful days, it’s always the scenes of greatest desperation and devastation that play on a loop, that come back time and time again. Even though the story – and other stories like it – need no further dramatisation, the media keep pushing that sentimental ‘drama’ button. And we keep watching.

This manipulation of our feelings, and the fact we allow it to happen, is neither innocent, or inconsequential. If – or when – we are blinded and overwhelmed by emotions, we stop being able to think and reflect and analyse. Our only response becomes ‘Oh my god, this is terrible.’ And yet it is essential that we don’t stop thinking and reflecting and analysing. Only by doing so can we get to the origins of these atrocities – and then, we hope, start to think about preventing them.

As adults, we are conditioned by our overly dramatised perspective, by the media, by ourselves, into black and white thinking: ‘Us’ versus ‘Them’. The refreshing thing about a child’s gaze is that it is not coloured by the need for ‘dramatic interpretation’, because that view of things does not connect to their own life. And if it does connect to their own life, it is tackled through imagination. That is what Us/Them is about. 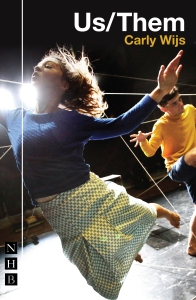