Earlier this month, a large group of academics, writers, theatre-makers and individuals passionate about amateur theatre gathered at Royal Holloway University in London. They were there to discuss the findings of a 3-year-long research project into amateur theatre, Reflecting on Amateur Theatre Research, led by Royal Holloway and the Universities of Warwick and Exeter. Our own Performing Rights Manager, Tamara von Werthern, was there to participate in panel discussions, and to report back on what she discovered about the state of amateur theatre today…

I have been involved in amateur theatre for a long time now. In my capacity as Performing Rights Manager at Nick Hern Books, I license amateur performances of a huge number of plays, and my daily work is advising amateur groups on how to select a play to perform, and how to apply for the rights. So I thought I had the measure of the amateur theatre community.

And yet despite this, I was taken aback recently when I spent the day at Royal Holloway, talking to people for whom amateur theatre is a vocation. The sheer passion and enthusiasm on display, and the commitment to artistic excellence that was consistently demonstrated, left me feeling inspired and overawed.

It was a real honour to have been invited to speak on a panel, and it was wonderful to meet so many of our regulars face-to-face, finally, after many years of being in contact solely by phone and email!

The theme of the day was to explore and celebrate the role of amateur theatre culturally and its wider impact on the community. It was truly eye-opening and inspiring to reflect together on the differences between professional and amateur theatre, and how they can interlink and support each other.

From Ian Wainwright we learnt about the ‘RSC Open Stages effect‘ on professional actors as well as amateur actors, and how it has deepened the respect both groups have for each other. Jill Cole from the Castle Players spoke very movingly about how the local drama group gave her a reason to stay on in Darlington ‘for another year’ – twenty years later she is still there and now also works for the Arts Council. Lyn Gardner, writer and Guardian theatre critic (see her article about amateur theatre published earlier this year), spoke about the nature of being an artist, which doesn’t depend on being paid or trained, but consists simply in ‘artisting’, in making art. She encouraged amateur theatre-makers to be more confident in thinking of themselves as artists. 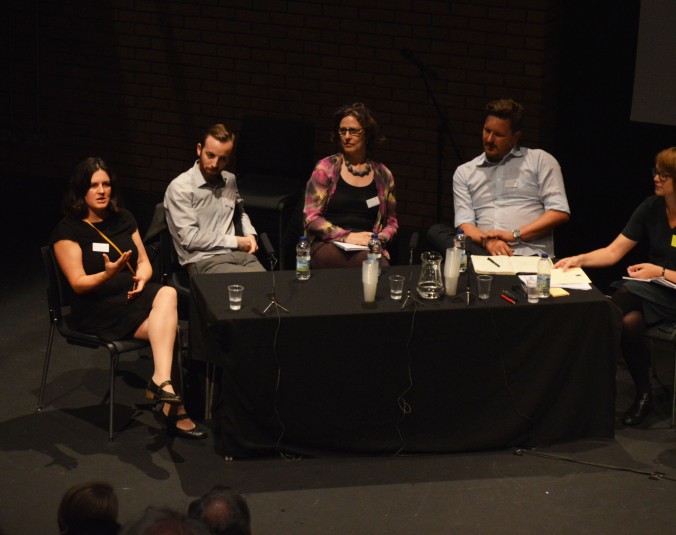 What struck me in our debates was that the ‘value’ of amateur theatre has to be measured by a different yardstick from the one we use to measure the ‘value’ of professional theatre. Whilst professional theatre’s success is often measured in monetary terms, to promote tourism and the economic regeneration of urban areas, amateur theatre exists outside these imperatives. The value it has for its members, for the community within which it works and which it binds, the connections it forges and the enjoyment it brings to its audiences – all of this goes largely under the radar. It is important to recognise these benefits and the value of the work purely for its own sake.

Amateur theatre is a space where communities reflect themselves back to local audiences, many of whom know the people on stage personally and are therefore more invested in the success of the performance – another thing that Ian Wainwright could confirm. He spoke about how the professional actors in the RSC Open Stages project had never before experienced such a warmth from their audience as when they acted alongside amateur performers.

We also spoke about how the requirements of amateur theatre productions when it comes to staging a piece of new writing are very different from those of professional productions, and how theatre publishing has a crucial role to play in supporting the needs of amateur theatre. Amateur companies often look for large-cast plays, all-women casts, or at least good, substantial parts for women, and intergenerational performance opportunities. In professional theatre, the current trend amongst companies and venues that stage new writing is to move towards small-cast plays suitable for studio spaces. So amateur theatre has a huge role to play in preserving the diversity and vitality of theatre culture at large.

Nick Hern Books is unique in being the only trade publishers who also routinely handle performing rights, and we have a large following interested in new plays. (Something I learned at Royal Holloway is that 46% of amateur theatre in London and mainstream theatre venues consists of new writing.) So our job is to publish the plays that you want to put on, and to make them easily accessible to you. We do that via the Playfinder on our website, which allows you to search for plays by categories including ‘good roles for women’, ‘large casts’ and ‘good roles for older performers’, amongst many others. We’re also available via phone or email to give you personal recommendations if you have more specific requirements.

We’re always looking for ways to publish plays that will serve the amateur theatre community. We recently teamed up with Tonic Theatre for a project called Platform, an initiative to commission and publish new plays that put young women centre stage, and to give each woman on stage a role which shapes the story. The idea is to instil confidence in women early on, while they are performing at school, in their youth group or at drama school. It was suggested at the event at Holloway that a similar initiative catering for women between the ages of 50 and 80 would be welcomed by theatre-makers across the UK, and this is something Nick Hern Books is now thinking about for the future.

One of the challenges that groups face is that many younger members, with their increasing workloads and 24/7 expectations from their employers, find it hard to commit to regular rehearsals and participate in community drama. This seems a wider problem with our society today. It also turns out that many groups who do have committed youth members, and a loyal core group of older members, are finding it difficult to recruit and retain members of working and child-rearing age. It seems to me that this could be addressed if the benefits on health, well-being and community spirit could be communicated more widely in workplaces. Many progressive employers have already recognised these benefits – and some even have their own in-house theatre companies! But there’s still a long way to go.

Another challenge facing amateur theatre-makers who work in smaller communities is the lack of group members from other cultural backgrounds, and it was heartening to see that so many of you are striving to make your groups more culturally inclusive.

Please do join in the debate and let us know what challenges your group is facing, what kind of plays you are looking for and what could be done to support you.

The day at Holloway ended with a brilliant performance from the British Airways Cabin Crew Entertainment Society, which turned the air blue as we sipped our champagne – a suitably decadent ending to a brilliant day. 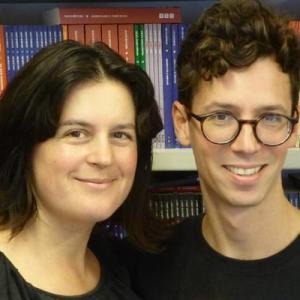 For details of our plays for performance, visit our website at www.nickhernbooks.co.uk/plays-to-perform, where you can also sign up for our regular Plays to Perform Newsletter.