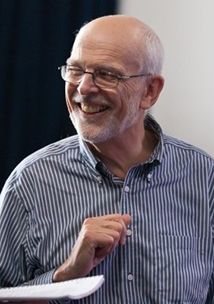 Over the course of his fifty-year career, Andrew Hilton has directed dozens of Shakespeare plays to widespread acclaim – including from the Guardian‘s Lyn Gardner, who has called him ‘one of the great tellers of Shakespeare’. Hilton’s new book, Shakespeare on the Factory Floor, draws on these decades of experience, offering insights for theatre-makers, students and lovers of the plays. Here, he explains his approach to Shakespeare, and how to keep the work fresh for audiences today.

Shakespeare on the Factory Floor is a by-product of my eighteen years running the theatre company Shakespeare at the Tobacco Factory in Bristol; we produced thirty Shakespeares, some Chekhov, Sheridan, Stoppard, Moliere and Middleton & Rowley, in annual two-play seasons with an ensemble company of anything from fifteen to twenty actors. I sometimes wonder why I didn’t begin it twenty years earlier (I was already 52), though in 1980 there would have been no Tobacco Factory Theatres and I would not have been able to call on so much talent from the Bristol Old Vic Theatre School where I began teaching Shakespeare acting in the early 1990s.

At the Factory we wanted to offer not ‘traditional’ Shakespeare – the word makes me shudder – but productions we hoped were fundamentally true to his vision and intention. Though we edited, amended, sometimes even added text, we tried not to bend or distort, or to annex the plays to our own preoccupations. But we did interpret. Centuries of tradition cannot be scraped away to leave a ‘pure’ Shakespeare shining like newly unearthed gold; the traditions have to be overwritten, and worlds created for each play in which we can, to a degree, recognise ourselves. They have to have social and economic force and credibility; and everyone – from the leading characters to the tiniest bit-players – have to know where they belong in them and to have a more completely imagined life in them than ‘the two hours’ traffic of the stage’ will allow them to reveal.  These worlds might be Shakespeare’s own, as far as we can know and express it 400 years on; but they might also be ones he didn’t live to see.

In my time with the company, we moved plays into the commonwealth period, the eighteenth and nineteenth centuries, the Edwardian period and the inter-war years. I never ventured into the present century, and I explain why in the book – you can read an extract on this subject below.

The approach seemed to work. After an alarming beginning in February 2000, when it seemed we might run out of money within days of opening (we had no subsidy, only private investment), word got around and before long we were playing to over 90% in our 300-seater in-the-round studio. And, against my own expectations, London critics began to make the trip – and to do so repeatedly, which has to be the best testament to their enthusiasm.

The company has now ceased production. In 2018 it lost its long spring slot at the Factory – the economic foundation of its still unsubsidised work – and then came the pandemic to deliver the coup de grace. I don’t mourn it excessively; I think theatre should always be light of foot, that companies should come and go, and never risk outstaying their welcome. But I am pleased that a book has come out of it, and grateful to Nick Hern Books for taking it on. I hope it will be enjoyed equally by those who witnessed what we did during those eighteen years in BS3, and those who never had the opportunity.

Read on for an extract from Andrew Hilton’s book Shakespeare on the Factory Floor.

I have seen at least one fine young actress struggle to make sense of Ophelia in a late twentieth-century court. Shakespeare’s Elsinore – as a high-status dwelling – seems to be typical of the period, with women few and far between. Gertrude must have one or two ladies-in-waiting, but there is no evidence that Ophelia has any. Her mother we must conclude is dead; and if, Juliet-like, she had a wet-nurse as a baby, she has been long ago retired. There is no reference to any female friend or helpmate of any kind. This is not just theatrical economy; it is a very likely scenario. Her virginity is (to put it crudely) bankable; her education limited; her access to society at large, and the freedoms of the town, nil. She is lonely while being fiercely protected.

This is the soil in which the chaos of her madness springs; naivety, grief and unmediated sexuality woven together in lethal combination. It is also a representative soil; representative of a fearful and puritanical society, one in which – in the higher echelons at least – unmarried men and women are kept apart, and a young woman’s sexual awakening is expected to begin after marriage, not before it.

Is there a parallel for this in the western world in the twenty-first century? I think not, and here I must demur from Juliet Stevenson’s recent call for all future Shakespeare productions to be in modern dress. Social dynamics matter; and they change over time, impinging radically differently on interpersonal relationships and the sense of self. Our experience of politics, law, religion, work, love and marriage, poverty and wealth, disease and death all change. The extent to which these changes matter varies hugely from one Shakespeare play to the next, and I have as often felt able to escape the traditional ‘Jacobethan’ moment in design as felt compelled to stick with it. At the same time, I think we must credit our audience with the capacity to recognise themselves through the prism of an earlier period; that the past is not such ‘another country’ that it cannot live vibrantly and potently in our imagination.

Shakespeare on the Factory Floor: A Handbook for Actors, Directors and Designers by Andrew Hilton is out now, published by Nick Hern Books.

Save 20% and get your copy for just £13.59 when you order direct from the NHB website here.