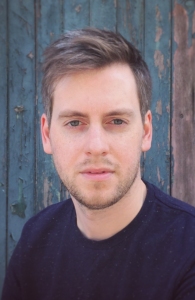 Michael Bruce is a prolific theatre composer whose music has accompanied plays at the National Theatre, in the West End and on Broadway. He has written scores and songs for productions as varied as The Two Gentlemen of Verona and Candide for the RSC, Strange Interlude and Man and Superman at the National Theatre, and Coriolanus, Privacy and The Physicists at the Donmar Warehouse, where he is Composer-in-Residence. The job is endlessly diverse and you can never rest on your laurels, as he explains in this extract from his new book, Writing Music for the Stage – published here with audio clips from several of his theatre scores.

When people ask me how I started to write music for plays, they are often surprised by the sheer extent of happenstance and luck that led me down this particular road. I don’t think I’m unusual in that I didn’t set out to write music for plays. After teaching myself the piano as a child, I longed for a career in songwriting: pop music primarily and then later musical theatre. I went to a performing arts college (Liverpool Institute for Performing Arts) to study music and for the first couple of years only occasionally participated in any theatre activities. Even when I did decide to concentrate my efforts on musical theatre it never occurred to me that there might be a world of plays out there that required composers. In fact, it took me a long time to even call myself a composer – I was a songwriter; the word ‘composer’ seemed far too hifalutin. In my secondary-school music class, composition was called ‘inventing’ (presumably because we couldn’t possibly declare the music we were sweating out as ‘composition’). No, that required formal music education in a building with a royal crest on the front of it – surely?

The truth is, concert works, musicals, films, albums all seem to be much more glamorous and financially rewarding (although they often aren’t) than writing music for plays. Composition in the ‘straight theatre’ can act as a training ground for any of those projects, but it is frequently wholly satisfying in itself. Plays, more than any other compositional work, demand a strong multi-purpose technique, openness for collaboration, an eclectic knowledge and a keen interest in storytelling. If you’re going to write music for plays, you need to be able to turn your hand to almost anything musically and because of that, the people who do compose music for the theatre get there by a myriad of different pathways and circumstances. Many Oscar-winning composers still write music for theatre in between film projects. As you might expect, there is no tried-and-tested route to becoming a theatre composer. 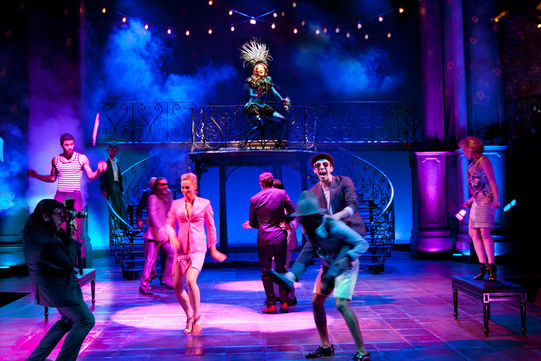 As a young composer in London, having previously served as an assistant musical director, I was busy writing small-scale musical theatre and cabaret when I received a last-minute call to participate in a podcast discussion about new musical theatre. A contemporary of mine who was meant to be on the panel became unavailable at the last minute and for some reason (I can’t remember why now) they called me. On the panel was a representative from the Arts Council who was very intrigued by the mention of an idea for a ‘composer-in-residence’ scheme. He later asked me to carry on the discussion over coffee. From what seemed like out of nowhere he managed to procure me an invitation to visit the Bush Theatre with a view to becoming their first composer-in-residence.

The Bush Theatre is a world-leading new-writing powerhouse and it became my home for the next two years. Yes, I wrote a musical there, but even more fascinating was my introduction to a world of drama I had neglected to embrace. There has been a tendency amongst some musical-theatre writers (and I was one of them) to become engrossed in an insular musical-theatre world, when right next door there is an entire industry of playwrights and directors putting on world-class productions of plays. I think it’s exceedingly important that artists get as broad a spectrum of inspiration and education as possible, and one of the best places to get that is at the theatre.

After forming many friendships and professional relationships at the Bush I was offered a job as composer-in-residence at the Donmar Warehouse. It was my relationship with Josie Rourke, the artistic director of both of those institutions, that led me to writing music for plays in the first place. In doing that, I have been fortunate enough to work steadily with some of the leading directors and playwrights, in the leading theatres, with the leading actors, ever since. The capacity for learning whilst working on these kinds of jobs with these kinds of people is unparalleled. You can never rest on your laurels when scoring plays, because you never know what the next moment will call for. You can’t just churn out the same thing every time because you are being constantly challenged to respond to the specific needs of the production. This is the best training you could ask for. 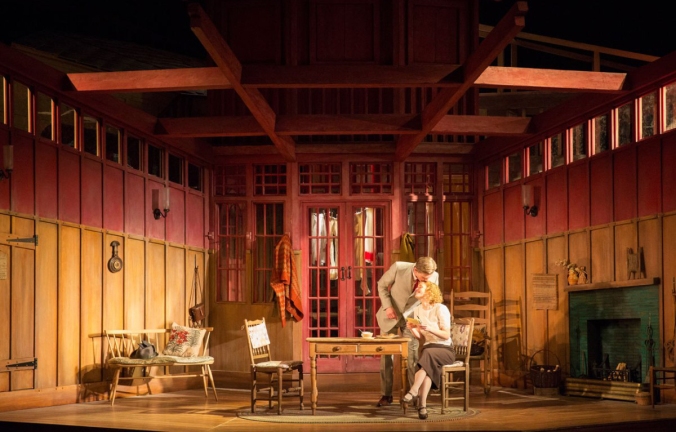 Directors are the people who usually have the power to hire composers. A director will specify their preferred creative team to a producer or producing theatre who can, in turn, suggest their own ideas. Sometimes a producer might question the employment of someone who perhaps is untested in the theatrical forum, but mostly, if a director trusts in a composer to deliver, the producer will back him up. Meeting directors may seem like a tricky thing to set up, but your best bet is to start working on small projects either at school, in college or in your local community and invite people to see your work. If you’ve got the option to watch a lot of theatre, then do so. To some extent this is harder if you don’t live in London or don’t have lots of spare cash to burn, but there are great regional theatres around the country producing top-quality work. Also, don’t forget that cinema broadcasts of theatre productions make them far more accessible on a budget from wherever you are in the world. Absorb all the influences you can: get to know which directors’ work you enjoy and write to them. You could even send a director a demo or two. What’s the worst that could happen? 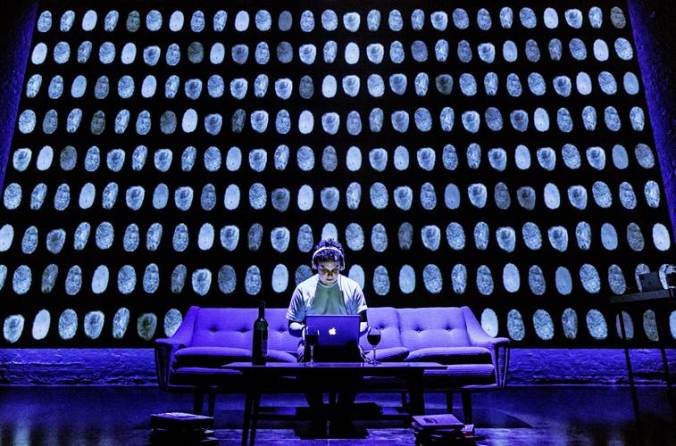 The most important thing to do is to get some experience on your CV. It doesn’t matter if it’s in a town hall or on Broadway. If you can show some proclivity for hard work, directors are much more likely to take you seriously. Take every job going and turn your hand to as many styles of music as you can. Even after years of working I still have difficulty turning things down: I am constantly thrilled when someone decides they would like me to write the music for their show. Never take anything for granted. The number of weird and wonderful jobs I took on as a young composer and musical director is still staggering to me now. From the cramped and seedy nightclubs of Soho to commercials for car insurance, there’s something to learn from every experience, so no matter how far from your desired path a music job might seem, you should take it on, make the most of it and feel proud to be earning a pay cheque.

You will meet new people every time you take on a new project, and you never know where those relationships might lead. Always remember that the theatre industry is small: contacts are vital to keep your workload ticking over and you never know who might come to see your latest offering or what new opportunities lie right around the corner. 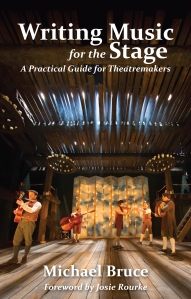 Extracted from Writing Music for the Stage: A Practical Guide for Theatremakers by Michael Bruce, published by Nick Hern Books.

‘A good score makes a world of difference to an actor. Read Michael Bruce’s book and you’ll understand why. He is a genius.’ Judi Dench

One thought on “Michael Bruce: How I became a theatre composer”