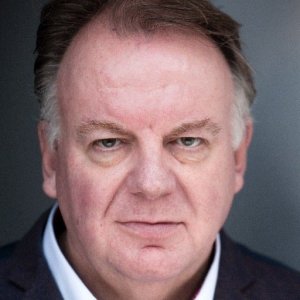 Paul Clayton has been an actor for almost forty years, a career spanning roles in Peep Show, Doctor Who, Wolf Hall, Hollyoaks and more. As his new book The Working Actor is published, he reflects on how it all started, what it takes to keep going, and how you can make it, too…

In my role as Chairman of the Board of the Actors Centre, I’ve hosted a series of lunchtime interviews with actors at various stages of their careers, helping them share their experience and expertise with others. Partly out of laziness, and partly out of a desire to achieve some sort of commonality in the framework for the interviews, I begin each one with the question: ‘How did it all start? When was that moment that you knew that this was what you wanted to do?’ The answers proved revealing. For Juliet Stevenson, it was reading a poem at school. For Josie Lawrence, it was finding out that she could entertain members of her family. For Douglas Hodge, it was a natural step from being a teenage impressionist. Mark Rylance recalled helping to build the scenery for a high-school play in America. Sir Derek Jacobi remembered a particular feeling as he ran down the street wearing his mother’s wedding veil.

For all of the interviewees, however, one thing was the same. There had been one moment when they knew the only thing they wanted to be was an actor. I think my own particular Damascene conversion happened in Miss Woodcock’s class, late on a Thursday afternoon, in an infant school nestling in the foothills and slag heaps of the Soviet Socialist Republic of South Yorkshire. Having press-ganged Susan Clarke and Christine Evans into sharing the stage with me, I played the role of a heroic soldier battling for his loved one against the forces of an evil witch. Imaginatively titled Evil Spirits, and with its envelope-pushing casting of myself as the heroic, and no doubt heterosexual, soldier, it entertained the other members of our class for nearly ten minutes. I remember the applause, and I remember thinking: ‘I like this.’ From that moment on, I can honestly say that I knew what I wanted to be. An actor. I was seven.

Getting there, doing it, and making a living out of it, is what my new book The Working Actor is about. I’ve managed to do that now for nearly forty years, something of which I am proud. I’ve spent a great deal of time unemployed. There have been weeks when seven imaginative ways with a baked potato has been my diet. Approaching sixty, I’d like to think I can call myself ‘a Working Actor’. It says ‘actor’ on my passport, and it says ‘actor’ on my tax return. I make a living out of it, and I know that I’m incredibly lucky to have a job that I always wanted and that I still enjoy.

No one can teach you to act, but you can learn how to be an actor.

Luck is obviously a great part of success, and that has to be acknowledged. Luck can be helped along, though, and working hard at your career will bring its own rewards. Understanding the business, how it works, and your place in it, is crucial. How to look at the work that is out there, the jobs, the opportunities, and how to talk to people who have the power to give you those jobs, and to give you those opportunities. To find out how they make their choices. To find out what you can do to maximise the chance of their choice being you. That’s what the book aims to do. To help you manage your day-to-day life as an actor. No one can teach you to act, but you can learn how to be an actor. A Working Actor.

One of the most important pieces of advice I think I’ve ever been given was from a fabulous old tutor called John McGregor at my drama school. He’d been a young hopeful at the RSC in the mid-fifties, alongside Olivier and Ian Holm. It hadn’t worked for John in terms of stardom, but it had worked for him in terms of being a Working Actor. When he was our technique tutor at Manchester Polytechnic in the mid-seventies, he was still regularly appearing in television dramas and making a good living out of his acting. His mantra was one I have tried to follow ever since:

‘Every day do at least one thing that might lead to work, and then get on with living your life.’

I think what he was trying to say was don’t let the whole of your life be consumed by being an out-of-work actor. Don’t forget to be a person. People buy people. So often in audition situations, sitting on the other side of the table, I have seen people come in absolutely desperate for the job to the point where I have had no chance to get to know them as a person. As a result, there is no hook with which I have been able to engage with them. They haven’t got the job.

The Working Actor consists of twenty-six subjects. An eclectic mix, and made as a result of my own individual choice. At the end of each article is a work task. So, on the basis of Mr McGregor’s mantra, my book gives you at least five weeks of one thing to do each day before getting on with your life. Assuming you take the weekend off! Not all of them may apply to everyone, but if just one of them leads to something, then I have done my job.

Not for nothing do people call it ‘The Industry’ or ‘The Business’ – a business is exactly what it is.

There may be a lucky few who, after leaving drama school, will jump from job to job, but for the vast majority it will be a constant fight, a struggle, to keep that employment as continuous as possible. It will require huge reserves of energy and focus to cope with unemployment, and it will rely on a constant input of imagination and creativity to maximise the opportunities that come along.

Not for nothing do people call it ‘The Industry’ or ‘The Business’ – a business is exactly what it is, and that’s how you have to treat it and behave in it if you are to succeed.

I sincerely hope that The Working Actor helps. Helps you on a day-to-day basis. Helps you to manage your career as a business, and to maximise your potential. Above all, I hope it helps you realise those childhood dreams.

The Working Actor by Paul Clayton is published this week by Nick Hern Books.

Join the author in conversation with Miss L (Twitter’s @ProResting) to discover the essential steps to building a successful career. A Samuel French event at Camden People’s Theatre, Monday 9 May, 8-9pm, booking required.