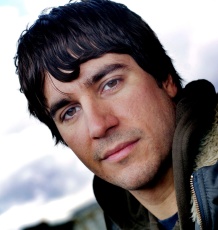 As an award-winning playwright, university tutor and writer-in-residence at an East London school, Fin Kennedy has a keen interest in the future of British theatre and the new writing that will lie at the heart of it. In this piece, he explains how a remarkable conversation with Culture Minister Ed Vaizey has spurred him into action to protect that future.

Earlier this week, I attended the Performers’ Alliance Parliamentary reception, co-hosted by Equity, the Musician’s Union and The Writers’ Guild. It’s an annual event in the Terrace Pavilion in Parliament, and a chance for actors, musicians and writers to meet MPs and discuss any issues of concern. The Culture Minister and Shadow Culture Minister both come along and make speeches (Ed Vaizey and Dan Jarvis respectively) as do representatives from each union. MPs with an interest in culture also attend, like Ben Bradshaw, former Labour Culture Secretary and now member of the Culture Select Committee.

I was there to lobby about proposed changes to the English Baccalaureate, which regular readers will know I’ve been banging on about for ages. But as it turned out, something else came up as a more immediate challenge to those of us involved in new play development.

As the speeches ended and the mingling began, my Guild colleague – theatre, TV, radio and computer games writer Andy Walsh – bravely took on bullish Culture Minister Ed Vaizey. Andy decided to use the opportunity to take Vaizey to task over recent Arts Council cuts to theatre companies, and how those were impacting the development of new plays.

Vaizey’s response was extraordinary. After hiding behind the principle that the Arts Council was an arm’s-length body, and the government is not responsible for its decisions (which wasn’t what we were suggesting) he went on to assert in no uncertain terms that the cuts the Arts Council had imposed were in any case having no effect whatsoever on the British theatre industry. On the contrary, he said, new theatre writing was thriving – he cited in particular Soho Theatre‘s expansion into a third auditorium, and the Bush Theatre.

Andy and I were dumbfounded. I tried to explain to Vaizey that in tough times theatres contract around their main stages and protect their core work. What gets cut is the complex web of development which backs up the main stage work, such as writer attachment schemes and schools work. I cited Hampstead Theatre‘s recent decision to cut their entire education department, including their phenomenally successful Heat and Light youth theatre. In the short-term, of course such work isn’t essential to what takes place on the main stage. But in the medium and long-term, it absolutely is. Where else will the new talent come from?

The fact is that 25 theatre companies or venues have suffered 100% cuts to their Arts Council grants, along with 5 writer development organisations. Further big cuts have fallen on some of our finest playwriting powerhouses, including the Almeida (39%), Soho Theatre (17.6%) and Out of Joint (27.9%). Smaller new writing companies who are busy nurturing the next generation, often in inner city or regional areas, have also been targeted – these include Red Ladder (39.6%), Theatre Centre (22.3%) and Talawa (21.9%). Even those who got off relatively lightly, like the Bush, Tamasha, BAC, ATC, Clean Break, Cardboard Citizens, Hampstead, the Tricycle, the Orange Tree, Bristol Old Vic and Salisbury Playhouse still suffered an 11% cut.

But Vaizey stuck to his guns: none of this was having any effect at all. And then he set us an extraordinary challenge. If we could provide evidence of our claims that Arts Council cuts were affecting new play development in the UK, he promised to read whatever we sent him. Moreover, if there was evidence that new play development was being adversely affected, he would bring it up on our behalf with the Arts Council.

At first, I couldn’t decide whether Vaizey was being disingenuous or merely ignorant of how our sector worked. On reflection, I think it was probably the latter. The long tail of development which lies behind any new play is of course invisible to the public, Vaizey included. It’s pretty specialist knowledge to understand how plays travel the long road from inspiration to opening night. That tail might be one, two, even three years long – sometimes far longer. Jez Butterworth is on record as saying Jerusalem was seven years in the making.

This is a fragile ecology which only those working within it truly understand. What you see performing on the nation’s stages on any given night is like gazing up at the stars – it is a vision from the past. Those productions were first seeded years ago, long before the current round of cuts. Indeed, you could even say that much of what’s playing right now is the final fruit from a pre-financial crash era of new play development. It would be an understandable mistake for a layperson to take a look around at Soho, the Bush, even the West End and say: new plays are thriving, what’s the problem?

The answer is that the problem will be in two, three or seven years hence.

So I think we have to take Vaizey at his word here and, in good faith, to pick up the gauntlet he has thrown down. It is an opportunity not only to explain to him, but to the wider taxpaying public, precisely how new play development works, and how the cuts taking place now are hacking away at the roots of our future output.

So I’ve decided to take up Vaizey’s challenge – but I’m going to need your help.

In the next month, I will be writing to theatre companies around the country to ask how the cuts which were made in April are affecting new play development. This might take many forms, for example:

I would emphasise that this categorically isn’t about ‘naming and shaming’, or suggesting anyone isn’t doing their job well. Rather, it is about celebrating our fantastic expertise, while lamenting its inevitable curtailment. Evidence can be submitted anonymously, if desired (though I would suggest it is more powerful to someone like Vaizey if theatres are prepared to go public). I would hope that, en masse, we can demonstrate a wider trend here which goes beyond individual theatres – that we’re all in the same boat, struggling to continue what we do best under reduced circumstances, but that something, somewhere has to give. This is about explaining where, how and why those tough decisions have to be taken – and the likely knock on effect. When we look around us in three years’ time, will it still be possible to say “new writing is thriving, what’s the problem?”

As luck would have it, this week the Guardian’s Lyn Gardner published a timely piece entitled Do theatres have to close down before government acts on the arts? In it, she references an earlier piece by the Independent’s David Lister, pointing out that theatres need to get better at evidencing their claims of the damage they are suffering.

I got in touch with Lyn about Vaizey’s challenge and she got straight back to me. She has agreed to publish on the Guardian Theatre blog an article, or even a series of articles, looking at the results of my research.

To be honest, I’m a bit anxious. It’s a lot of work and I’m going to have to do it in my own time, unpaid, squeezing it in around other work. But I’m serious about doing it. And I would be immensely grateful for your help.

Do you run a theatre company or literary department? Would you be prepared – anonymously or otherwise – to contribute specific examples of how the cuts are materially affecting your new play development?

Or are you a writer or director? Have you had a commission rescinded, a tour postponed, an education package cancelled? Or, do you have good relations with an artistic director or literary manager who you could ask, on my behalf, about contributing to this research?

Perhaps you work outside London, or predominantly in youth or community settings. Is provision for the development of new talent where you are drying up?

In all cases, I would love to hear from you. Email me privately on finkennedy@yahoo.co.uk

This is it, theatre-makers. A challenge to each and every one of us. It’s time to put up or shut up.

[Fin Kennedy’s plays are published by Nick Hern Books. This piece has been reproduced from the author’s own blog, which can be found here; many thanks to Fin for his kind permission.]

Nicholas Wright on writing his plays

Today, 27 June 2020, marks the 80th birthday of playwright Nicholas Wright. Born in South Africa in 1940, over the course of his long and illustrious career he has established himself as one of the UK’s most-respected dramatists. His plays have been staged at leading venues including at the National Theatre, Royal Shakespeare Company, Royal […]

‘A hero, a leader, a true warrior’ – a tribute to Larry Kramer

We’re saddened to hear the news of writer and activist Larry Kramer, who sadly died on 27 May 2020 at the age of 84. Nick Hern Books is proud to publish his passionate, vital play The Normal Heart, set during the early days of the HIV/AIDS epidemic in New York in the 1980s. Here, we […]