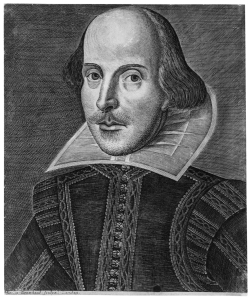 Why didn’t Shakespeare concern himself with the many inaccuracies in the printed editions of his works? Nick de Somogyi, editor of the Shakespeare Folios Series, hunts for clues and looks at the lasting consequences, as his new book Shakespeare on Theatre, a unique collection of Shakespeare’s every reflection on the theatre, is published.

In the beginning was the Word; closely followed by the typo. Or so last year’s exhibition at Cambridge University Library celebrating the 400th anniversary of the King James Bible reminded us. Readers who puzzled over the 1631 version of the Seventh Commandment (‘Thou shalt commit adultery’) were later promised that ‘the unrighteous shall inherit the kingdom of God’ (1653). Perhaps richest of all, though, reads the 1701 edition, where the Psalmist laments that ‘Printers have persecuted me without a cause’: a sentiment Shakespeare would surely have applauded – had he displayed any lasting interest in his own published work. Shakespeare’s lifelong relationship with print (or rather his lack of one) endures as a perpetually mysterious frustration to his biographers and editors.

He certainly seems to have supervised the publication of his two narrative poems, Venus and Adonis and Lucrece, in the early 1590s, both of which were finely printed by his Stratford friend Richard Field – whose catalogue anyway included many books Shakespeare is known to have read. But Field didn’t print plays (too lowly a product, perhaps), and those of Shakespeare’s that appeared in his lifetime did so via a bewildering series of different publishers – with none of whose products he ever seems to have much bothered himself. So while Ben Jonson took care to explain that he had changed the original ending of Every Man Out of His Humour (1600), that Sejanus was ‘not the same with that which was acted on the public stage’ (1605), and that nothing had ‘been changed from the simplicity of the first copy’ of Epicoene (1616), Shakespeare’s editors must glance longingly at such clues to the status and ‘authenticity’ of their texts.

Shakespeare’s own attitude towards print was characteristically ambivalent, reportedly ‘much offended’ in 1612 that a careless publisher had passed off someone else’s poem as his, while celebrating Richard Field as the ‘Richard du Champ’ praised by Imogen in Cymbeline (1610), first printed in the 1623 First Folio – as it happens, by the same sloppy publisher, William Jaggard, who had earlier so offended him. Or should that properly be Innogen? ‘Imogen’ throughout the play’s unique Folio text, scholars have recently agreed that the spelling of her name ‘appears to be a misprint’ for ‘Innogen’, which is how she appears both in Shakespeare’s source and subsequent accounts of his play. So tell that to the millions of girls since named after his heroine’s Folio misspelling – a mass chorus behind the Goon’s famous self-introduction as ‘Spike Milligna, the well known typing error’. It was Spike’s friend Eric’s then current television series that must have caused the howler on the blurb of my seventies paperback of Oliver Twist, which counts ‘Bill Sykes’ [sic] among its major characters. Not that Shakespeare’s name was ever typographically fixed during his lifetime (Shaxberd, Shaxpere, Shackspere . . .), but it did matter to some – notably Ben Jonson (or IONSON, in any case without the h), who insisted on the ‘Roman’ form of his surname, even as he crammed the margins of his proofs with his Latin sources: ‘to which it may be required, since I have quoted the page, to name what editions I followed’.

It is hard to imagine Shakespeare writing such words, though his impatience at proofreading perhaps issues into Lady Capulet’s chilly instructions to Juliet: ‘Read o’er the volume of young Paris’ face,’ she says, ‘Examine every single lineament . . . And what obscur’d in this fair volume lies | Find written in the margin of his eyes’ – any lingering doubt at his appearance being corrected by the certainty of his eyes’ adoration, in the same way that a marginal gloss – or a proofreader’s marginal correction – will make the proper reading clear. As that oddly cross-eyed description shows, whatever other qualities Paris has to offer as a suitor, love at first sight is not among them. ‘Whate’er befall thee,’ warns a Cambridge academic in a 1601 play, ‘keep thee from the trade of a corrector of the press! . . . Would it not grieve any good spirit to sit a whole month nitting over a lousy pamphlet?’ The advice holds good (it would, and it doth), and Shakespeare seems to have taken it. Of such pamphlets, few were lousier with typos than the Quarto text of Pericles (1609) – one of Shakespeare’s greatest triumphs at the Globe. When Marina describes the commotion aboardship as sailors ‘skip from sterne to sterne’, for example, editors since 1790 have confidently corrected the phrase to read ‘from stem to stern’, the result of the typesetter misreading a handwritten m as rn. But who is to say that the original line did not read ‘from stern to stem’? Certainly not Shakespeare, whose abdication of a modern author’s duties extended that same year to the error-strewn Quarto edition of his Sonnets.

It may be that Shakespeare always intended to supervise his own Collected Works before his death in 1616 – a possibility discernible in the preface Heminge and Condell wrote for their Folio (‘It had been a thing, we confess, worthy to have been wished, that the author himself had lived to have set forth and overseen his own writings’). Had he done so – well, who knows how many additional treasures might have been bequeathed. The scripts of Love’s Labours Won and Cardenio? A decent chronological account of his plays’ first performances? Or even just the occasional ruling over the hundreds of ‘textual cruxes’ that litter the plays as we have them. (If Dogberry is dim enough to instruct the Watch in Much Ado to be ‘vigitant’ instead of ‘vigilant’, say, why shouldn’t he make a better joke by telling them to observe the city ‘statues’, as he does in the Folio, rather than the Quarto’s correct but blankly unfunny ‘statutes’?) Even if Shakespeare had lived to correct the proofs of his Folio, though, the odd typo would always have got through – as it did when Juliet asks there, ‘What? in a names that which we call a Rose’ – a nonsense arising from a nit-picking proofreader’s correction of punctuation (‘What’s in a name? That which we call a rose . . .’) being botched by a confused typesetter. (I remember checking a dust-jacket where the author’s first name had been changed to ‘Rowan’, before seeing that the copy-editor had merely intended to change the font from italic to ‘roman’).

Nor did Shakespeare ever write an example of that minor artform, the ‘errata slip’, such as the following, from 1607: ‘Reader, some faults (by reason of my absence) escaped by the printer I entreat you, if you will, to excuse; if not, correct. The first (if kind) you may; the second (if curious) you must – and easily: if it be in the end of the verse by comparing the metre; if elsewhere, the sense.’ It’s still a useful guide for readers and editors of Shakespeare’s plays – and to the actors who still perform them. Having taken time out from editing the Shakespeare Folios series to compile Shakespeare on Theatre, an anthology of the playwright’s reflections on his craft, I think I can understand his otherwise infuriating indifference to the quality of the texts issued in his name. The balance between the grammatical punctuation required by a reader, and the looser ‘pointing’ of an actor’s script, is endlessly delicate, and the manuscript cue-parts distributed among Shakespeare’s company generally left it to them to sort out the sense – disastrously, in the case of the Prologue to Pyramus and Thisbe. Besides, while the full text of any play only ever supplies a menu (rather than a set meal) from which to select the script of a production, no edition of any of Shakespeare’s has ever been identically punctuated or worded in the four centuries since their first performance. The one quality Dr Johnson (with an h) found to praise in the otherwise abysmal playwright Richard Savage was his ‘superstitious regard to the correction of his sheets . . . lament[ing] an error of a single letter as a heavy calamity’. Shakespeare took a broader view, reserving his concern for the more pressing accidentals of the temporary stage, not the immortal page. 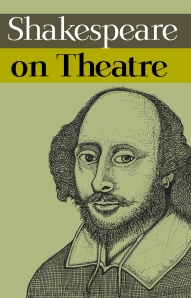 ‘Death (as the Psalmist saith) is certain to all, all shall die,’ reflects Shallow in the 1600 Quarto of 2 Henry IV – the same misprinted Psalmist who should have complained about the ‘Princes’ (not the ‘Printers’) who persecuted him. The correct reading has always been more relevant. The publisher responsible for the missing ‘not’ in that 1631 Commandment was heavily fined by the authorities, and died in debtor’s prison. (A case of sabotage, he always claimed.) And when a Soviet newspaper rushed a new speech by Stalin into print in 1944, the harassed typesetter omitted a single letter that transformed the title of ‘Supreme High Commander’ into ‘Shitter-in-Chief’. (The editor was sent to the Front.) By such grim comparison, Shakespeare and his publishers got off lightly – though the 1623 Folio (the King James Version?) omits the bracketed reference to ‘the Psalmist’ in Shallow’s Quarto speech, following legislation against onstage profanity in 1606.

It is in part for the endlessly provisional nature of their scripts that Shakespeare’s plays will always re-enter the stage of the human mind – pending any posthumous directive by the author. It could still happen: when Cambridge University Library were pruning their collection in the 1860s, a scribbled-over edition of Milton’s Lycidas was found on the open shelves. It turned out they were Milton’s own corrections.

Shakespeare on Theatre is published by Nick Hern Books.  Click here to purchase your copy at our standard 20% discount (RRP £10.99) – no voucher code required.

One thought on “‘So tyrannous and rough in proof!’: Shakespeare and typos. By Nick de Somogyi.”