Lucy Kirkwood is a leading playwright whose plays include the hugely acclaimed Chimerica. She spoke to theatre journalist Al Senter as part of our interview series celebrating the thirtieth anniversary of Nick Hern Books in 2018…

Lucy Kirkwood has come a great distance in a remarkably short period of time. In the ten years since her debut play Tinderbox, a dystopian farce in which England is quite literally disappearing beneath the waves, premiered at the Bush Theatre, she has established herself as one of the leading voices of her generation. Her major breakthrough came in 2013 with Chimerica, her extraordinarily bold and gripping dissection of global geopolitics and Chinese-American relations, which transferred directly from the Almeida Theatre to the West End, with a major four-part TV series now on the way from Channel 4. And then two plays focussing, in quite different ways, on the moral responsibilities of contemporary scientists: The Children,  which premiered at the Royal Court in 2016; and Mosquitoes, at the National Theatre in 2017, starring Olivia Colman and Olivia Williams as rival sisters who have followed very different paths in life. 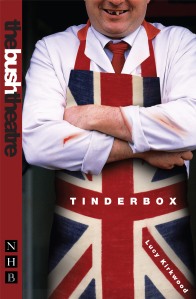 As a playwright, she has never backed away from tackling the most pressing issues of our times, and her work has been garlanded with awards. Yet she is wary of the slippery concept of success. Before turning to writing, she had done a smidgeon of acting and tried her hand at directing, but found neither fitted her particular talents. She credits her agent, Mel Kenyon at Casarotto Ramsay & Associates, with giving her the confidence to start writing. ‘She invited me in for a cup of tea and when she offered to take me on as a client, I felt galvanised,’ explains Lucy. ‘I’d always written and I’d always been attracted to the theatre. I love the medium – there’s something about the liveness of it which excites me. And I love the process, which you don’t get in any other medium. Here is a group of people gathered together in a room – in a rehearsal room – to interrogate, to ask questions of the play, of the director, of each other, until something unexpected emerges. And I find that very sustaining and often very beautiful.’ 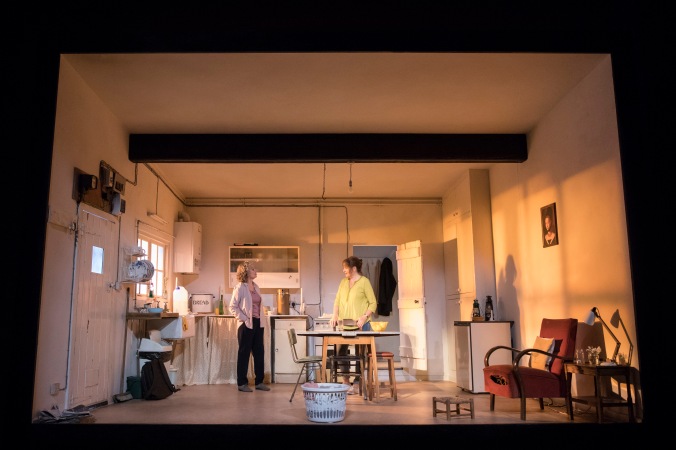 She draws a pointed contrast with the world of TV and film, where she also has considerable experience: she was a lead writer on Skins, created fire-fighting drama series The Smoke for Sky 1, and is exec-producing Channel 4’s Chimerica. ‘When you are working on a film or a television drama, the time I need as a writer is at a premium. Television people may pay you more money, but getting an agreement or a green light out of them is very hard, mainly because they won’t take the risk of getting it wrong and ending everybody’s career.’

Is the screen more competitive than theatre – or more hostile, perhaps, to writers?

‘I tend to pick my battles at the right time and in the right area. Since I am the person who mostly sits on a chair, having relatively little to do by that stage, they’ll tend to agree with me when I point out something to the team. It may only be a tiny detail but they’ll agree to do whatever it is with an “of course”.’

In her plays, she writes unsparingly about the tensions between women, either as workplace competitors (NSFW, at the Royal Court in 2012), or as rival siblings (Mosquitoes). Lucy is patently not afraid of breaching female solidarity, pointing out that ‘if they are not in conflict with one another, where’s the play? That’s the whole point.’

Lucy is careful not to sound triumphalist when her ‘success’ is discussed. She prefers to reference Samuel Beckett: ‘I feel very lucky that with every bit of work I do, I think that I fail better. My one ambition is to write a play as good as Far Away by Caryl Churchill, and I don’t have a lot of confidence about whether or not I’ll be good enough. I tend to write my plays at night; there’s something almost clandestine about it. And seeing my plays in performance is very nerve-wracking. I always sit at the back of the auditorium, ready to make a quick getaway if necessary. I find the audience very strange. It’s as if here is a group of people who have been invited to watch me peel away layers of my own skin. And I find it impossible to predict how an audience will take to a play: which lines get laughs one night, and which are greeted with silence the next. Yet the moment you think you can predict how an audience will react, the work begins to suffer.’

Success, then, she defines as ‘just writing something which you think is good’. As a salutary warning, Lucy mentions the figure of the late Arnold Wesker, whose early success with plays such as Chicken Soup with Barley and Roots, which both came to the Royal Court after premiering at the Belgrade Theatre in Coventry in the late-50s, gave way to neglect when his work later fell out of fashion. Why does Wesker appeal to her?

‘His work is beautifully written, with well-crafted ideas given robust expression with political passion and understanding. All you can hope for in the theatre is that people will continue to want to direct your work and that you avoid writing plays that are inward-looking.’ 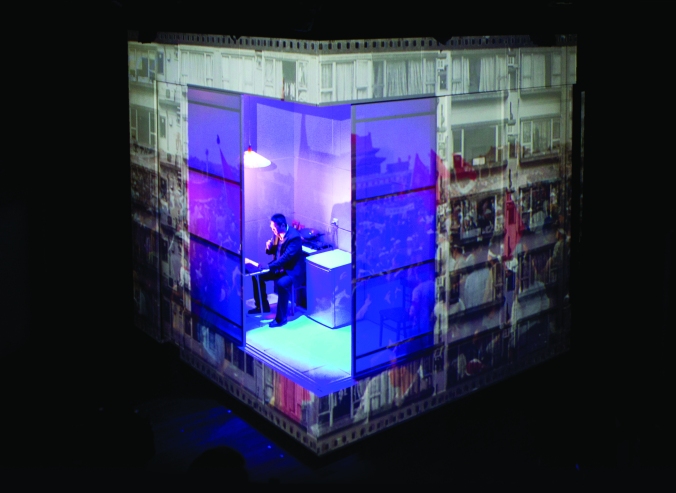 There is no shortage of new plays being written, and in the jostling for exposure, new plays can lose out when they are denied further productions, especially outside the metropolis. Lucy feels drawn in two opposing directions on this subject.

‘I tend to get bored listening to my voice, and I often feel I’d rather be watching a new play written by somebody else rather than a revival of my own work that is too familiar. I think that a lot of writers secretly have their favourites among their plays, and it varies from day to day which they like the most.’

She stresses the importance of having her plays published. ‘My publisher Nick Hern is one of the first people to read a new play of mine, and the email which he sends me after he has read it is one of the highlights of the production process, like the conversation we’ll have about the design of the book covers, for example. I feel that the people involved in the publication process are just as important as the individuals contributing to the production. In a sense, the published text is a valuable record of what went on in the rehearsal room. It’s part of stating that the play has arrived.’

Lucy Kirkwood’s plays are published by Nick Hern Books, including the collection Plays: One, which contains Chimerica as well as four other plays.

Other Nick Hern Books Anniversary Interviewees include Harriet Walter and Rona Munro. Catch up with them all here.

PIERS TORDAY, writer of the acclaimed Last Wild series of children’s novels, has adapted Dickens’ A Christmas Carol for Wilton’s Music Hall. Here, he explains why his version, Christmas Carol: A Fairy Tale, reimagines the familiar story, placing Ebenezer’s sister Fan at the heart of the action… When Charles Dickens published his ‘little Christmas book’ […]